For the first time, the mutant worlds of the first three X-Men movies and the new, younger versions of our heroes from 2011’s successful First Class are on screen in one film. With Bryan Singer back directing, “X-Men: Days of Future Past” promises an adventure like nothing we have seen before.

The future is dark for the heroes of the X-Men saga in “Days of Future Past.” A years-long world conflict between humans and mutants has taken its toll on their numbers, and now a scant few remain, including Professor Charles Xavier (Patrick Stewart), Erik “Magneto” Lehnsherr (Ian McKellen), Kitty Pryde (Ellen Page), and Wolverine (Hugh Jackman). Driven to near extinction by the technological terrors unleashed by Bolivar Trask (Peter Dinklage), the team forms a desperate plan: time travel.

“X-Men: Days of Future Past” (3D) will open May 21 in Phils. theaters nationwide from 20th Century Fox to be distributed by Warner Bros. 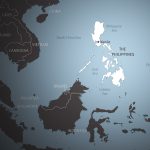