Disney presents “Maleficent,” starring Academy Award®–winning actress Angelina Jolie in the title role. This year, 2014, marks the 55th Anniversary of the character who put a spell on young “Sleeping Beauty” in the animated feature released by Disney in 1959. Since her introduction, Maleficent has been Disney’s all-time most popular villain. Now she returns in this live-action version of the classic story—and there’s a lot about her we never knew.

“I loved Maleficent when I was a little girl,” says Jolie. “She was my favorite Disney character. I was afraid of her and I loved her.”

This duality intrigued producer Joe Roth as well. “This movie is about a character we’ve only known as hard-hearted and our story answers the question ‘Why?’ I’d like audiences to feel like they’ve entered a world they’ve never seen before with ‘Maleficent’ and I hope they come away feeling like no one is beyond redemption.”

“Maleficent” explores the untold story of Disney’s most iconic villain from the classic “Sleeping Beauty” and the elements of her betrayal that ultimately turn her pure heart to stone. Driven by revenge and a fierce desire to protect the moors over which she presides, Maleficent cruelly places an irrevocable curse upon the human king’s newborn infant Aurora. As the child grows, Aurora is caught in the middle of the seething conflict between the forest kingdom she has grown to love and the human kingdom that holds her legacy. Maleficent realizes that Aurora may hold the key to peace in the land and is forced to take drastic actions that will change both worlds forever.

“Maleficent” is directed by two-time Oscar®-winning production designer Robert Stromberg (“Avatar,” “Alice in Wonderland”), in his directorial debut,and produced by Joe Roth. The screenplay is by Linda Woolverton (“The Lion King,” “Beauty and the Beast”) and the film is executive produced by Angelina Jolie, Don Hahn, Palak Patel, Matt Smith and Sarah Bradshaw.

Producer Joe Roth made a bold choice by placing first-time-director Robert Stromberg at the helm of such a big movie. “Rob Stromberg had just finished working with me on ‘Oz The Great and Powerful,’” says Roth. “I knew his production design work from having won Oscars® for ‘Avatar’ and ‘Alice in Wonderland.’

“When Disney came to me with this project, I’d already done several big visual types of movies and I’d learned that audiences make decisions about going to movies long before they know what the movie’s about,” continues Roth. “They get a vibe off some visual presentation that happens earlier than anything else. So, I thought, Angelina’s an experienced actress, Robert is going to be a great director and if he can provide the distinct visual style he brought to ‘Avatar,’ ‘Alice in Wonderland’ and ‘Oz The Great and Powerful,’ I think it’s a good marriage.”

Stromberg was undaunted by the challenges of a big name actress and a big budget in his directorial debut. “I started as an artist—from doing pencil drawings as a kid to doing matte paintings to art directing and production designing,” says the director. “I think as an artist you’re always looking for the biggest canvas you can find and this was yet another big canvas to conquer. I thought it was intriguingto take on something that was bigger than anything I had already done. And this came at the right time when I was looking for the next challenge in my career.”

Stromberg came to the production with a clear idea of how the film should be visually presented. “What I wanted on this film was not only to have an element of fantasy and a surreal quality but I wanted Maleficent to be a bit more grounded in reality,” relates Stromberg. “In some of my previous films, I’ve taken the surreal elements and made them the strongest points. In ‘Maleficent’ we’ve taken the opposite approach: we started with real and augmented after the fact. So I think it’s a new look.”

Opening across the Philippines on May 28, 2014, “Maleficient” is distributed by Walt Disney Studios Motion Pictures International through Columbia Pictures. 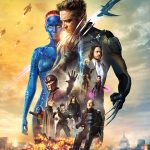 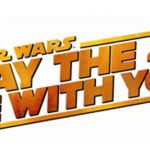