The young director revealed the dream to always include an LGBTQIA+ character in every project he directs. 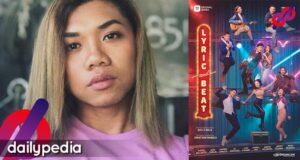 This is the third time that the 34-year-old director is handpicked to direct a Dreamscape-produced web series, the first two being iQiYi’s Saying Goodbye and the boys’ love series, Love Beneath the Stars.

Dulu revealed he fought hard to insert certain LGBTQIA+ elements in the series, as it has always been his advocacy to help ease the largely unfavorable reception of Filipino audiences towards sensitive themes like same-sex romances. He particularly noted how he made sure that Awra Briguela’s character would be a compelling representation of the LGBTQIA+ community.

“(For me, whenever I can make sure to insert an LGBT character in every project I do. So, Awra’s character, Unique, was written as a trans-woman student. She is a transgender, but I kept it as a secret)” she shared.

Dulu also shared that even the choice to allow Awra’s character to cross dress in the series is entirely his choice, which he initially hid from Dreamscape.

“(When Awra got cast, I told my stylist to make her wear a skirt, and I did not tell Dreamscape about it),” he revealed, to everybody’s surprise.

Noting how he has always been an advocate of equal representation in television and movies, the talented director underscored the need to make characters like Awra’s shine.

“(If these characters are regularly featured in TV show and movies, I believe they have the power to influence people into accepting that it is normal. That we should accept these characters, because they are real),” he explained.

A tearful Awra Briguela, meanwhile, shared that he was originally not intended to be part of the series, until Dreamscape head, Deo Endrinal, fought for him.

“(I got teary-eyed because I found just yesterday, that my character wasn’t originally part of the series. I learned that Sir Deo looked for me and fought for me to be part of the series),” the former FPJ’s Ang Probinsyano star shared. 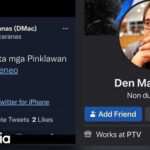