It appears Pres. Rodrigo Duterte will be leaving the Palace without having to worry about the Pharmally scandal that has pestered the last year of his administration.

Not enough blue-ribbon committee members signed the draft report on the Senate panel’s probe into the deals acquired by the notorious Pharmally Pharmaceutical Corporation during the pandemic.

A disappointed Sen. Richard Gordon last Tuesday, May 31, made a last attempt at convincing his colleagues to reveal their stance on the Pharmally issue.

“The Senate’s full disclosure on the Pharmally plunder controversy achieves closure for our people. I am doing this as a chairman in quandary. I respect my fellow members. I respect the Filipino people. We cannot shirk from our responsibilities or our duty to act on a committee report by not signing it, either in agreement or disagreement,” Gordon said in a privilege speech delivered during Tuesday’s plenary session.

“People of this country should not be denied a judgment or at the very least, a debate on whether there was mal/mis/nonfeasance,” he added.

Only nine senators signed the report, two short for the case to be brought to the plenary.

The last time Gordon made an effort to have more senators sign the report was on May 20 through a letter.

“I look forward to clarity on the respective positive or negative responses of our senators, who are representatives of the people and who possess a national constituency. We require your vote, so we can bring Pharmally to the plenary. If you are voting for or against our report, let us make it clear in the record.”

The senators who didn’t sign argued that the report wouldn’t look good for an outgoing president.

Imee Marcos will not sign Pharmally Report linking Duterte to the anomaly.

The following senators did NOT sign the Blue Ribbon Committee Report on the Pharmally probe. pic.twitter.com/AluiTxyyXR

With Gordon out of the Senate, Pharmally people must now be really jumping with joy at the prospect of being able to keep the loot they were accused of hoarding from the DOH

Hontiveros, the only opposition left in the Senate, has been praised by the public for not selling herself out.

Sen. Leila De Lima, meanwhile, is still detained despite witnesses rescinding their allegations against her.

Pharmally got released. DeLima still in prison. Make it make sense. This is a hopeless country.

“I am sorely disappointed at the failure of several of our colleagues in the Blue Ribbon Committee to sign the committee report on the Pharmally investigation. Because of the lack of a majority signing the same, the report would now have to be archived, as if no anomaly happened,” she said in a dispatch dated June 3.

Gordon accentuated that the report maintains the Senate’s independence of the executive branch.

“It is an act of the Senate that declares: No more impunity! We recommend the investigation and/or punishment of those responsible for this rape of our scarce coffers, made worse because the acts were committed at a time of great need- and when the survival of our own people was in peril,” he said.

“We must exact accountability, particularly from our public servants. We must ensure that none of those responsible go scot-free. Our collective voices through this report can be loud enough to rouse the Ombudsman from apparent slumber. What will happen to our country and its people if nothing is done to these malefactors? Never again we must shout to the highest heavens. Never again!.” 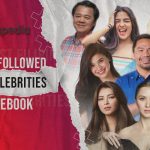 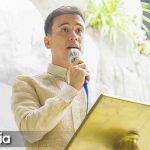