A music video celebrating Vice President Leni Robredo and the hope she brings for the country and for the Filipino people has been launched by film workers, musicians and different volunteer groups supporting her presidential run

VP Leni’s daughter, Aika, also appears in the video, together with Elmer Cordero, one of the six public utility drivers who were jailed for protesting the transport stoppage during the lockdown.

Sherwin Descalso Abdon, the motorcycle rider who gave VP Leni a ride to the venue of the Cavite grand rally in Tanza, and other volunteer groups, are also seen in the video directed by award-winning film director Irene Villamor who also helmed the films Ulan, Sid & Aya: Not A Love Story, and Camp Sawi.

Explaining the similar vibe to the famous American rock band Thirty Seconds to Mars, Irene declared that the group served as one of their inspirations in making the music video.

Aside from Film Workers for Leni, other groups also participated in the making of the music video, including Bikers for Leni, LGBTQIA+ for Leni, K-Pop Stans 4 Leni, PWD for Leni, Youth for Leni, Seniors for Leni, TODA for Leni, Food Service Crew for Leni and Chefs for Leni.

The hashtag #LeniLiwanagSaDilim has been trending since the weekend, after volunteers posted teasers of the music video. The teaser also garnered thousands of views since it was shared. 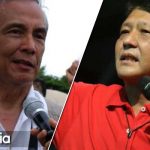 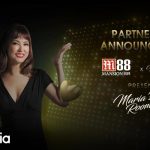