Now the longest-running primetime newscast on free television, TV Patrol continues to become a blazing torchbearer of truth, as it has prevailed through long years of press oppression and dark moments in Philippine history in the last 35 years. 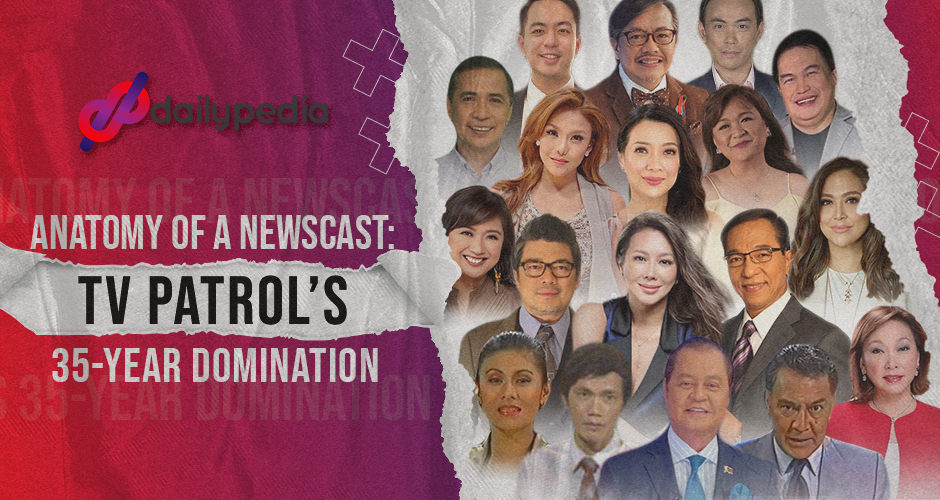 It’s an understatement to say TV Patrol is the most popular, albeit no longer most-watched, primetime newscast on local television. After sustaining a nearly two-year absence on free TV, the award-winning news program returned this year, just in time before it flips a monumental page in its three-decade history.

TV Patrol may be reaching far fewer viewers than before because of its limited free TV reach–it remains one of the most trusted news sources in the land as it continues to rule in legacy and integrity.

The answers may lie in its 35 years of credible service to Filipino and how it keeps its place as the premier bastion of truth and a being a committed deliverer of life-saving news and information since its inception. 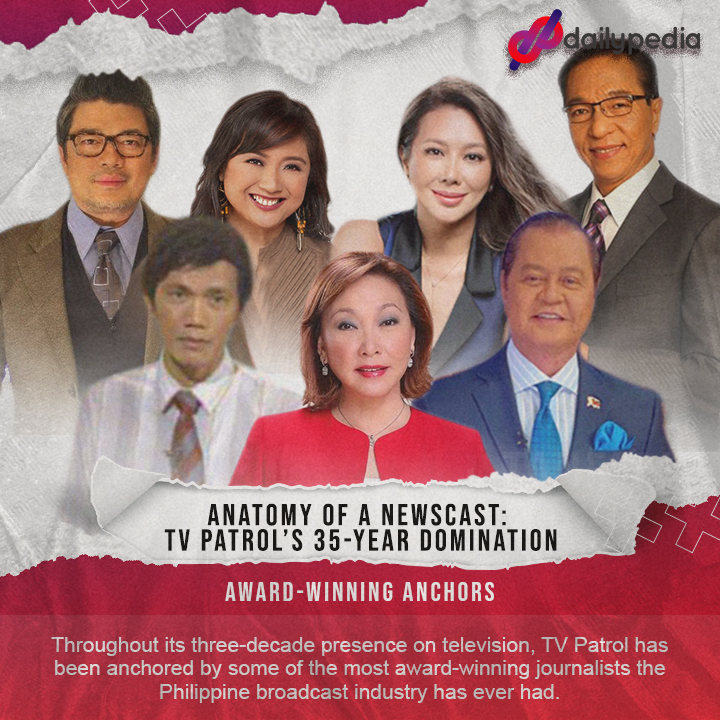 Throughout its three-decade presence on television, TV Patrol got anchored by some of the most award-winning journalists the Philippine broadcast industry has ever had. At the Network’s public variety extravaganza titled Ang Pagbabalik ng Bituin–Noli de Castro, Mel Tiangco, and Robert Arevalo were the anchors from its pilot telecast on March 2, 1987.

The head anchors of the newscast went from one seasoned journalist to another–each marked a singular era in the age of modern journalism.

After Noli de Castro left the show in 2001, Korina Sanchez took over, with Henry Omaga Diaz, Aljo Bendijo, and Julius Babao joining her until 2004, when Ted Failon and Karen Davila took as anchors along with Babao for TV Patrol World.

By 2010, De Castro and Sanchez reprised their positions as head anchors of the newscast, with Failon joining them. In 2012, the newscast celebrated its 25th anniversary, setting a milestone not just for the newscast but also for local television.

In 2015, Bernadette Sembrano took over Sanchez’s place as the only female anchor of the show.

In 2017, the program marked its 30th year on air. In 2020, the program went off the air, for the first time, when ABS-CBN was ordered to shut off by the National Telecommunications Commission (NTC).

A few days later, it returned, albeit no longer on free TV. It would take the show nearly two years to return on free television via A2Z Channel 11. This year, the anchors are Karen Davila, Henry Omaga-Diaz, and Bernadette Sembrano. The trio leads the program in the celebration of its 35th year on air. 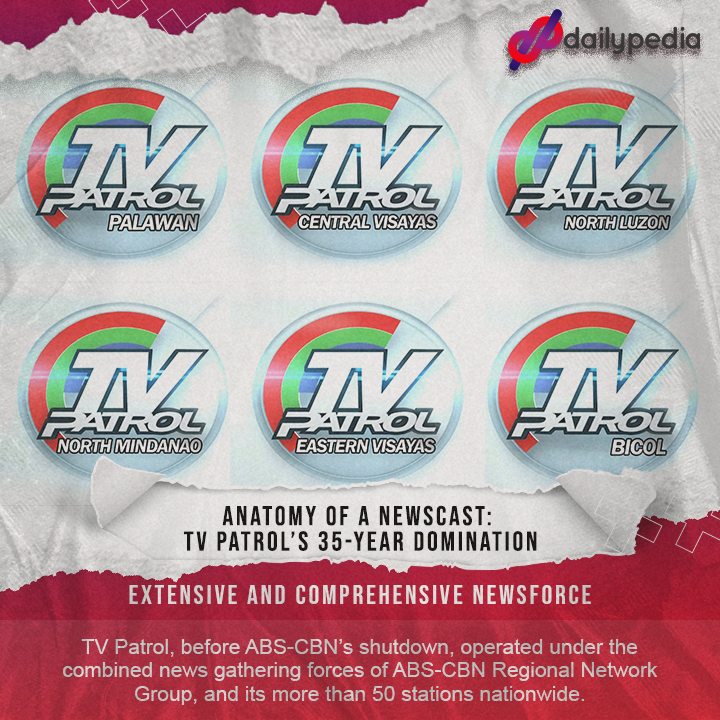 The program had 12 regional editions, which all aired their final episodes on August 28, 2020, following the dissolution of RNG and all ABS-CBN’s relay and originating stations. At its peak strength, the newscast had undeniably the strongest news force in the country, with TFC and ABS-CBN International Bureaus providing updates from overseas. The newscast was also seen across multiple platforms: on free TV, on pay television, on radio, and online.

TV Patrol has allowed many Filipinos to witness monumental moments in Philippine history.

It helped communities prepare for disasters and aid by mobilizing relief efforts to those who needed it. The newscast proved the necessity of timely and relevant news in saving lives. It provided a much potent and working platform for Filipinos to raise their concerns and demands to the government. The program was among the first-of-its-kind to respond to calamities and disasters like the Pinatubo eruption in 1991, the massive north Luzon earthquake in 1990, the super typhoon Yolanda in 2013, the Ondoy tragedy in 2009, and the Marawi siege in 2017.

TV Patrol was at the forefront of some of the major sociopolitical issues in the country. It delivered no less than timely and accurate news about the latest happenings in the government. In 2001, the newscast broadcasted the unfolding of the second EDSA People Power and the eventual ascension of Gloria Macapagal-Arroyo.

Through the newscast’s massive coverage, more Filipinos were able to develop awareness not just about their immediate surroundings but about various sectors of society that directly affect their lives. 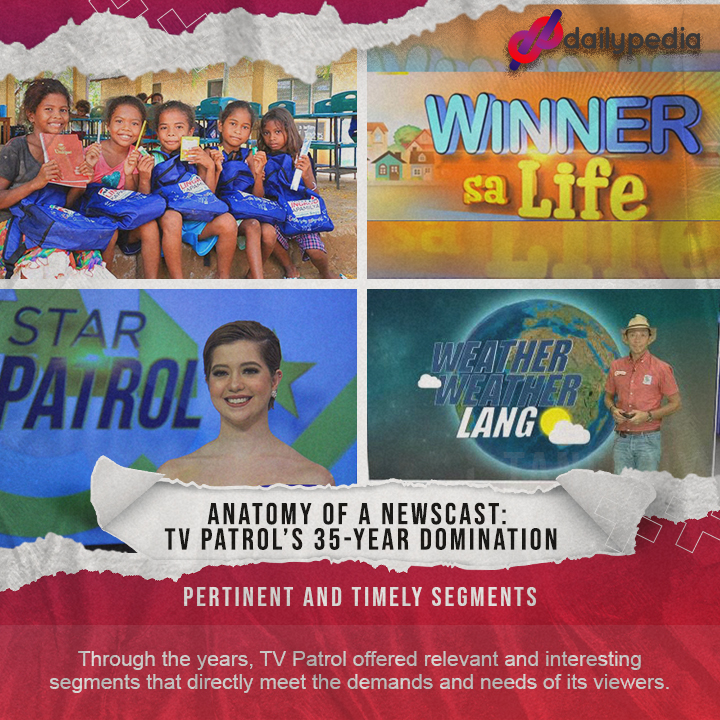 Through the years, TV Patrol offered relevant and interesting segments that directly meet the demands and needs of its viewers. Banner segments like Weather Patrol, Star Patrol, Lingkod Kapamilya, and their many forms in the last three decades directly catered to the viewers’ perennial necessities–when it comes to specific types of news and information.

Such segments gave rise to certain personalities, who ultimately became household names and established themselves as industry icons. Ka Ernie Baron, Christine Bersola-Babao, Phoemela Baranda, and Kim Atienza, are among those names. 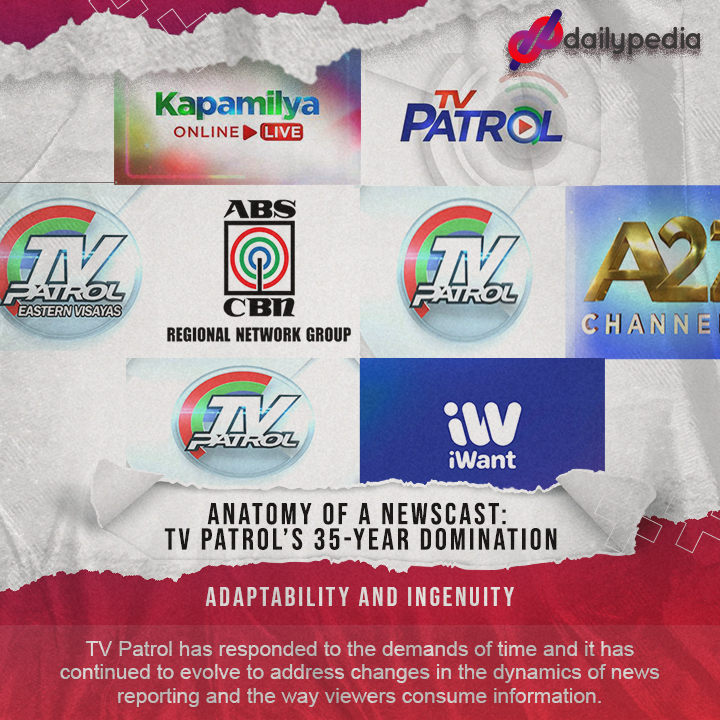 TV Patrol has responded to the demands of time, and it has continued to evolve to address changes in the dynamics of news reporting and the way viewers consume information.

To cater to news for various ethnic and regional demographics–varied editions of the show were launched, with the vernacular language used as the main medium for reporting.

It expanded overseas to ensure Filipino communities around the globe do not lose connection with their loved ones at home.

It also provided them a platform to tell their stories so that the rest of the Filipino people and the government do not forget their plights.

When ABS-CBN shut down, it remained committed to fulfilling its vow to serve the Filipino people. It became available online so that more people could still hear the news, albeit ABS-CBN’s absence on free television. 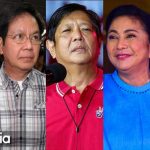 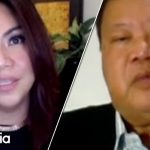