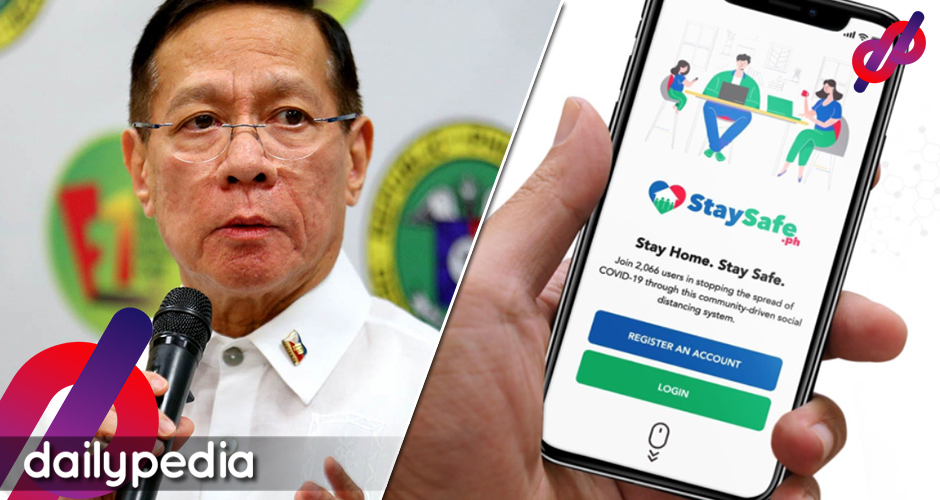 Duque told the Senate Blue Ribbon Committee that the app isn’t so effective when Sen. Pia Cayetano brought up its limitations.

“In truth and in fact, the StaySafe app is merely a digital log of ‘yung nakasulat sa parang logbook na papel. That’s all it does. It’s in our imagination that it is interconnected with the national government’s tracking system or the local government’s tracking system because it is not. So all it is is a log of who went in and out,” Cayetano said.

She noted that the application “is not going to do anything for you” unless the “gaps” are filled.

“It’s just a log that individual establishments have,” she stressed.

Duque said that the Department of Information and Communications Technology (DICT) “should really make the effort to explain” the app’s benefits.

“We will echo the concerns to the DICT during the next IATF,” he assured.

Netizens couldn’t believe that it is only now that the app’s ineffectiveness has been made clear.

In our province, we do not use this app. I bet there are not many who know this app, rather we use the QR code generated from google form developed by one of our state colleges. Only a few of the establishments I know implement the said Stay Safe app.

Doc, we all know Duque is just a fall guy. The blame should pointed at people in higher positions. Especially, the one where the buck should stop.