Cabal Mobile: Heroes of Nevareth, the much-awaited mobile version of the beloved MMORPG franchise, is now live for the Philippines and Vietnam. Still beaming from a successful and server-breaking Closed Beta Test (CBT), gamers and mobile gaming enthusiasts can now download and play the full version of the game on their Android and iOS devices.

During CBT, over 542,000 mobile game enthusiasts rushed to try and enjoy the game, during the limited testing period. The overwhelming support from fans needed a second server to handle the load and prevent the initial CBT server from crashing.

With more than 45,000 concurrent players storming the gates of Nevareth in the opening minutes of the official launch, Cabal Mobile has proved its strong presence in the hearts of gamers throughout the years.

To celebrate the game’s release, the Cabal Mobile Team has organized Livestream events featuring well-known streamers and content creators to join players as they make their way once again to the land of Nevareth. The Cabal Mobile Charity Stream aims to raise funds for the benefit of the Philippine General Hospital Medical Foundation Inc. and other charity partners to support our country’s fight against Covid19.

As one of the biggest MMORPGs in the Philippines and other Southeast Asian countries, the Cabal franchise aims to provide the gaming community with a blend of unique combat mechanics, an assortment of character classes, and diverse PvP modes to maximize the enjoyment and competitive spirit of  MMORPG aficionados.

Mobile MMORPG enthusiasts can expect fast-paced, skill-based combat from Cabal Mobile, and can make use of the Combo mechanic system to increase damage to enemies. This unique game mechanic adds another layer of complexity when combined with the different classes in the game, and is now optimized for mobile smartphone touchscreens.

To satisfy the competitive nature of Cabal fans and gamers in general, the Nevareth League 2021 tournament is coming soon, featuring the biggest prize pool for a mobile MMORPG in the Philippines and Vietnam. With 1v1, Team Deathmatch, and 5v5 modes, players of different disciplines and backgrounds will have an arena to showcase their perfectly honed skills in Cabal Mobile. Watch out for more announcements in the coming days.

For the latest news and information about Cabal Mobile: Heroes of Nevareth, check out the official website https://cabalmobile.playpark.com/ph/, as well as the official Facebook Page. Look for @CabalMobilePH on Discord, Twitter, Instagram, and TikTok. 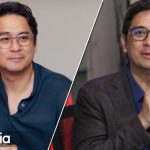 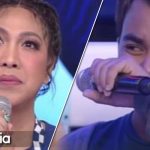