A case in Malaysia made it to the news after a lawyer shared the story of a young woman, who is in her 20s, who decided to marry her father after they found out that she was pregnant with his child.

On her Facebook account, Nur Fatihah Azzahra stated that both parties gave consent to have an intimate relationship as they had feelings for each other. Adding to the situation is the statement that the man’s wife, who is also the biological mother of the young lady, agreed to sacrifice her marriage so that her husband could wed her child.

The sacrifice was said to be for the sake of the family linage, and with that, the two got married. The two used the services of a marriage syndicate by foreigners.

While all the parties involved gave their signal for the marriage, the country’s National Registration Department disapproved of the registration of the child and told them that they would have to consult the court and determine the lineage of the baby.

“The saddest question [which was asked by the daughter] was ‘Why can’t the birth of my child be registered with the name of my husband (her biological father) when we are married?'” the lawyer wrote in her post.

The Facebook post went viral, earning more than 20,000 shares on the platform alone. Netizens were shocked by the story and decision of the family as it goes against the religious beliefs of the country.

“The world we live in is very worrying. Our perspective towards our own children should not be lustful…because parents are supposed to be educators of children. Instead, there is such a belief that incest marriage can give lineage to the child,” a Facebook user commented.

While most had a negative reaction to the story, some expressed their confusion as to how the situation even reached the point where the family thought that incest was acceptable and justifiable by the protection of their family linage. 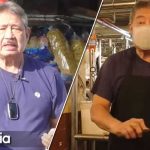 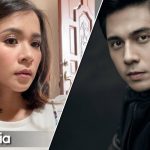