The call for President Rodrigo Duterte to step down as the Commander-in-Chief of the Philippines has increased after several issues have tipped the scales into favoring those who are not willing to wait for 2022.

These calls intensified after Duterte claimed that his government did everything right–referring to how they handled and conducted themselves during the COVID-19 pandemic.

Dissatisfaction in the Government’s pandemic response has gone to such high levels that Netizens have now resorted to a petition on Change.org to force Duterte to step down.

Apart from Covid-19, Philippines could face food crisis in the very near future because 240,000 KILOS (240 TONS) of fish are illegally taken away DAILY by Chinese fishing vessels.

Save the Nation! Duterte Resign. Sign the Petition! https://t.co/rv5raUJvfG pic.twitter.com/oBAKyhtObY

Even long-time journalist JP Lustre has commented on the petition, saying thousands have already signed.

He also implored other Filipinos to sign the petition.

SOCIAL media is now ablazed with 'DUTERTE RESIGN" signature campaign. Thousands have been signing. Please sign. 😳😳😳 Before you'll take notice of it, it has tens of thousands, then hundreds of thousands… You'll never know until it swells. That's how the cookie crumbles …

Award-winning writer Jerry Gracio has also joined those who have signed the petition.

Save the Nation!
Duterte Resign! https://t.co/KIar8PMM1d

Another personality who signed the petition and announced it on social media accounts is Saab Magalona.

Aside from Netizens who signed the petition, they shared not just Duterte’s failures, like him being fit enough to jog but not fit enough to appear on TV for his weekly Talk to the Nation address.

The Filipino people are now filling in gaps for the Administration’s lack of pandemic response.

@TristanBuenaflor wrote that the people are the ones doing the supposed work of the President.

People are not greedy.

The greed-scare is a capitalist ruling-class invention. The masses aren't the one controlling our resources.#DuterteResign, mamamayan na gumagawa trabaho mo https://t.co/G477ZRQEvQ

This is how the govt should've designed its COVID response!

The Duterte govt can do so much more to help poor and ordinary Filipinos. Instead it's still just doing all it can to help the rich and itself.

Renato Reyes, Jr. has been giving a running count of the signatures, announced on Friday that the petition has now reached 35,000 of the required 50,000.

However, it does not include the 500 Filipinos who initiated the petition before it reached Change.org. The petition list includes student leaders, medical frontliners, civic leaders, and concerned citizens.

Duterte’s administration has been teetering on the brink of collapse since the pandemic began.

From misplaced priorities–like the Manila Bay beautification project and an intensified response to the communist rebellion; putting money on large-scale infrastructure projects like roads and bridges during the pandemic–Netizens are enraged.

They have continued on the Government’s neck, begging them to have a concrete plan to deal with the pandemic.

Duterte previously said he was only relying on the arrival of COVID-19 vaccines to fight the pandemic–even that it failed. The Government officials, also unable to procure them in time. 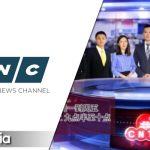 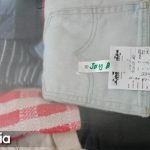