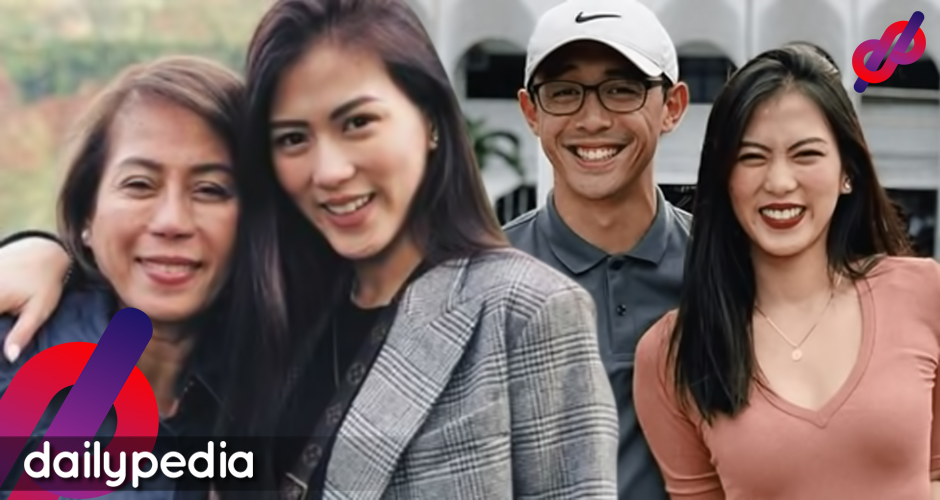 In a screenshot of a text message that Alex uploaded on her Instagram stories, Mikee expressed his thoughts about the video.

“Ano na naman yan, bi. Pangit nung ginawa mo,” he wrote. But Alex disagreed and said that “it’s funny.” She even made the situation lighter by joking “Bread of life puuu.”

In another Instagram story, Mommy Pinty said that Alex looked like a “bold star” in her video and was telling her to delete it. “Para kang bold star… Hindi ko alam na binaba mo t-shirt mo. Delete mo na,” she can be heard saying. 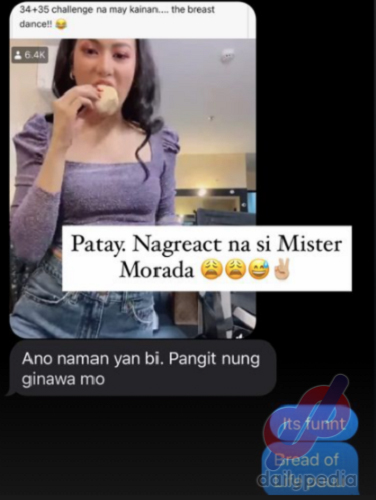 In the TikTok video, Alex was dancing but suddenly got showed off her chest like she was going to expose her breasts but got two pieces of bread instead.

Alex then clarified that she was wearing a bandeau in the video.

Alex and Mikee were rumored to have tied the knot after netizens noticed that Mikee was wearing a ring on his finger in one of Alex’s Instagram stories. The couple has yet to comment on the assumptions.

The couple started dating in 2016 and got engaged in January of 2020 and was planning to be wed in the same year but Alex’s family got hit with COVID-19 which opted them to postpone the event. They have since recovered from the virus but haven’t announced their wedding plans as of writing. 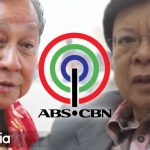