ABS-CBN is finally back on air after it sealed a new deal with ZOE Broadcasting Network.

The partnership allows the Kapamilya network to have its programs aired on the rebranded ZOE channel, namely A2Z Channel 11.

On their official Facebook page, A2Z answered frequently asked questions, but ABS-CBN couldn’t seem to provide a reason for its share price hitting the max 50% gain allowed in a day on October 5.

In a letter to Grace Calubaquib, Assistant Vice President and Surveillance Department Head of the Capital Markets Integrity Corporation, ABS-CBN Chief Financial and Compliance officer Aldrin M. Cerrado said that the “Corporation cannot categorically give a reason for the movement of its stock price.”

Calubaquib previously asked ABS-CBN how its price per share went from PHP7.06 to PHP10.58.

However, ABS-CBN is “aware of public speculation that there are initiatives being explored by the Corporation to distribute its content across traditional platforms.”

“The Corporation will disclose initiatives that become definitive in due course,” the letter said.

ABS-CBN’s price per share has increased since then and is now at PHP14.32.

READ: ABS-CBN Corp. does not categorically address speculation it may return to free television via Channel 11. ABS…

A2Z will be available on analog TV in Metro Manila and neighboring provinces including some parts of Cavite, Laguna, Quezon, Rizal, Bataan, Batangas, Bulacan, and Pampanga. The programs can be viewed through cable and satellite television.

Unfortunately, A2Z won’t be appearing on digital TV because it is analog in nature. The only way to go about it is to remove the digital TV box.

“It’s Showtime!” started airing on October 10 and “ASAP Natin ‘To”  had millions watching its debut on the eleventh.

In the coming weeks, viewers will be able to watch“Magandang Buhay,” “Paano kita Pasasalamatan, “Iba Yan,” “MMK,” and “I Can See Your Voice.” 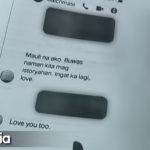 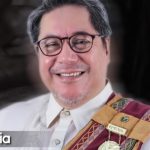