A new study conducted by Chinese scientists suggests that human breast milk can protect people from and even treat COVID-19.

The scientists in Beijing found that most living virus strains, including the Sars-CoV-2 virus, were killed by human breast milk. The milk was collected in 2017 while the cell types were from animal kidney cells to young human lung and gut cells.

Professor Tong Yigang from the Beijing University of Chemical Technology, who led the research, said that the breast milk was “blocking viral attachment, entry and even post-entry viral replication.”

Interestingly, breastfeeding has been discouraged amid the coronavirus pandemic after various sources reported that it increases the risk of viral transmission.

Newborns in Wuhan who had mothers infected by the disease were separated from them and were instead fed baby formula.

Additionally, the US Center for Disease Control claimed that babies should be considered as “suspect” carriers if they are getting breastfed by mothers suspected of having COVID-19.

However, a new study concurs with the WHO’s statement that babies should still get breastfed even if their mothers have been infected by the deadly coronavirus.

The WHO claimed that last June, out of 46 breastfeeding mothers infected with COVID-19, only three of them had viral genes in their breast milk but there were no signs of infection. Though one child tested positive, it could have been from other means of transmission.

The scientists mixed washed off human milk that had healthy cells and exposed the cells to the virus.

The experiment showed that the virus couldn’t enter the cells, and cells that were already infected did not replicate.

It was concluded that breast milk inhibits infection. Breast milk has already been known to suppress the damage caused by bacteria and viruses like HIV.

Part of the team’s hypothesis was that the coronavirus would be sensitive to certain antiviral proteins in milk like lactoferrin, but to the scientist’s disappointment, none of them were able to deliver.

They instead discovered that whey is the one ingredient in inhibiting the virus, which has various proteins.

The study saw that cow and goat whey suppressed existing viral strains by 70 percent, while human whey did it by 100 percent.

The researchers still do not why human milk is more effective, but for some reason, it eliminated the virus in a broader range of cell types.

Human milk “promoted cell proliferation” while killing off the virus and doesn’t indicate that it could cause any harm, the study said.

But the team said that heating the milk to 90 degrees for 10 minutes would lessen the protection from the coronavirus by up to 20 percent because this deactivates the whey protein.

“It is worth identifying the key factors for further antiviral drug development,” they said. 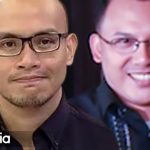 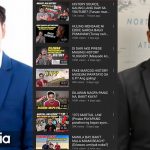