Since the PhilHealth corruption scandal blew up, some fake news sites have tried to involve Senator Risa Hontiveros in the crime.

In an interview with DZBB, Senator Hontiveros said that Mocha Uson, Duterte-appointed deputy administrator of Overseas Worker Welfare Administration (OWWA), has been actively spreading fake news about her.

She explained that she may be Mocha’s favorite target because Hontiveros has been very critical of the Duterte government and Mocha is a Diehard Duterte Supporter.

Hontiveros added that this is a diversion to take away the public’s attention from the real issue: the ongoing corruption in the agency.

Hontiveros is very determined to take down those who are responsible for the missing PhilHealth funds. She suspects that there might be a group inside of PhilHealth itself who planned to embezzle the money. She also added that there should be no exemption to whoever is held accountable and linked to the scandal.

Meanwhile, Uson claimed that the Facebook page spreading the fake news about Hontiveros is not owned by her. She, however, challenged the Senator to prove the allegations wrong.

Hontiveros’ response was simple: she is focusing on finding out who the culprits are. 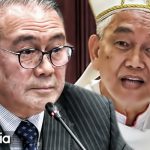 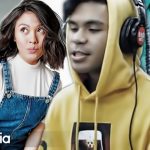