In a taped speech on Sunday, Duterte recommended nurses transition into becoming police officers if they want to get paid more.

“Enter the police force. The salary is higher. If you remain a nurse outside, you only get about 8, 9, 10 [thousand pesos].”

Filipino Nurses United president Maristela Abenojar said that Filipino nurses have long yearned for an increase in their salary.

Duterte increased the pay for the police force and soldiers during his early years as the incumbent.

Abenojar pointed out that 70 percent of the entire Philippine health care workforce consists of nurses but those who work in private hospitals only get paid P10,000 a month most of the time.

Nurses at public hospitals however are now receiving at least P32,000 after waiting for 18 years. This happened recently after the budget department issued a circular that implemented a 2002 law that raised their salary grade.

But the circular has a provision demoting some 48,000 nurses in what the budget department called “change in nomenclature,” said Abenojar.

The FNU asked for answers twice on different occasions but received none because the agency was functioning only with a skeletal force, she said.

Abenojar added that Duterte should be “objective” when it comes to health workers’ demands, such as fair wages, priority in testing for the novel coronavirus tests, safety gear, and hiring or additional frontliners for the pandemic.

Duterte acknowledged the appeal of health workers to have stricter quarantine measures in Metro Manila to halt the surge of COVID-19 cases.

Abenojar can only hope that the government uses the 2-week MECQ to focus “more on health and medical interventions.”

Netizens didn’t really like Duterte’s remarks, and most just want him to resign due to his incompetency.

Duterte urges health workers to join a semi-criminal organization (PNP) in order to get a salary they can live on decently. Philippines 2020.

I wonder who else will step forward to insult the people who risk their lives in the crisis. https://t.co/OJarPMJxFt

how can someone be insensitive towards a job that's so risky? Kuwang pa diay gyapon na gihimo nila ila best to stop the cases from growing?? All they asked for is a higher salary tapos ingnan rag maypag mu-join silag police force?

He only trying to difuse Duterte's toxic statements.

When Duterte said nurses should join the police force to get higher pay, he meant every word. https://t.co/IOT38UoQcv

This is duterte's plan:

Get all nurses working as police to the PICC, give them 2 days training and then get them to work as Health Care Workers – to work 24 hours per day!

*** So BRILLIANT! This is an idea that only a DDS mind can think of! #OustDu𓆉 na lang kaya!

I have a better suggestion: Try boxing. You are gonna be billionaires like Manny Pacquiao. 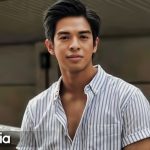 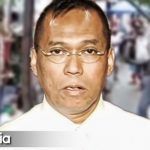