Senator Risa Hontiveros reiterated her appeal on Monday to have mass testing done for Filipinos who are looking to get back to work.

We need to test workers returning to work. This needs to be arranged by employers & DOH.

She pointed out how POGO employees are getting tested but not Filipinos.

The fact that the Chinese are getting tested every 14 days says a lot about the government’s biases and priorities.

Pero sa mga Pinoy workers, “…in no case shall testing be a condition for return to work.”

“While we want working class Filipinos to continue earning a living and critical industries to remain operational, we must implement measures to prevent a possible second spread of COVID-19 in workplaces.”

The partial resumption of POGOs had been approved earlier by the government’s COVID-19 task force provided that their workers undergo COVID-19 testing first.

“Kailangan nating mag-doble-ingat. Kahit walang sintomas, maari pa ring carrier ng COVID-19. This is why we need to test people as they go back to work.”

Hontiveros also renewed her call for passing the Senate Bill No. 1441 or the “Balik Trabahong Ligtas Act” which seeks to provide mandatory health coverage and other benefits for workers in the public and private sectors during a health emergency.

“The private sector and the government should work together to build disease-free workplaces by implementing measures that protect Filipino workers’ health such as wearing (personal protective equipment)and implementing social distancing and other workplace safety guidelines,” she said.

It was on May 1 when POGOs were allowed to continue their operations but only at 30% capacity. However, their workers have to be tested before being cleared to work, and social distancing in offices should always be observed. Payment of taxes and guarantee fees to the state is also a requirement. Presidential Spokesperson Harry Roque has said before that POGOs are under the category of BPO despite catering to the gambling industry.

Roque added on Monday that the government is relying on the private sector to handle mass testing in the country since the government still has zero plans on conducting it due to the lack of capacities of testing laboratories.

Project ARK or Antibody Rapid Test Kits has raised over a million rapid test kits for barangays and health workers looking to work again to use.

The private sector has procured additional reverse transmission-polymerase chain reaction or RT-PCR kits and machines to be installed in government-run hospitals to boost capacity as well, Padilla added.

Moreover, one of the DOLE’s latest advisories requires all employers, contractors, and subcontractors to “shoulder the cost of COVID-19 prevention and control measures” such as testing, disinfection, proper training of workers, and protective gear for their workers.

“We know that businesses have suffered so much, but for the sake of our economy we encourage them to dig deeper into their vast reserve of charity and benevolence so that their workers and the communities can continue to further weather this crisis that we are all facing and fighting together,” Secretary Silvestre Bello III said in a statement.

Roque admitted that the goal of running 8,000 tests a day by April 30 was hard to achieve due to the testing laboratories’ lack of capacity. That goal has now gone up to 30,000 a day by the end of May.

Roque previously said the government wants to run at least 2.2 million rapid tests and 900,000 PCR tests, and that they need to test at least 1 percent of the country’s population. 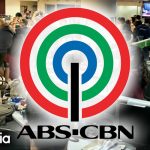