Advertising and marketing executives said on Thursday that the ABS-CBN Corp.’s shutdown shook up the $3-billion advertising industry in the Philippines, introducing a new form of uncertainty in reaching target audiences for various companies.

The National Telecommunications Commission’s (NTC) issuance of a cease and desist order on ABS-CBN saddened millions of Filipinos.

“The move was so sudden and everybody, more so, the large stakeholder entities, thinkers and planners were caught flatfooted. The fast, furious, and sudden scenario was unforeseen. In fact, I believe that the scenario should not have played as planned, because it was contrary and therefore, not according to the plan,” Villa said in a statement.

“So it is panic time. At best, solutions now are mere palliatives with no immediate long-range plan in sight.”

“ABS-CBN, being the largest broadcast network, also has the greatest marketing reach in the country.  The king of TV—ABS CBN—goes to the grave with the most reach.  A key factor for a media buy to be most cost-effective now goes down to the grave with its departure. This means too that the selection of an array of proven efficacy and reach becomes too narrow and ineffective.”

“How does it affect the industry? It takes away from them one of the major channels. In a mass market like the Philippines, by removing ABS-CBN, you are removing one major touch point that Filipinos access every day, and that has a direct impact on people whether you work in the industry or you’re just a regular citizen.”

Consumer goods manufacturers, herbal medicine producers, and food and beverage firms that relied on ABS-CBN for ads have felt the effects of the NTC’s order as well.

“Competition in the media is a major component for a media buyer’s choice with more options to choose from. Now, the absence of ABS-CBN would inadvertently eliminate both. We have a problem with that. The other channels like TV 5 and the other minorities may fill in their buckets. Also now, the real alternative media come in—digital and social media—an upcoming significant medium to opt to now,” he said.

Hemedes recommends companies make deals with other networks since ABS-CBN is no longer an option.

“What we have to remember is that TV is actually a ‘reach channel’ [that] allows brands to talk to more consumers and reach more consumers just through one channel. So now the industry will be challenged with having one less network. It is definitely bad for the marketing industry. It is bad for business because you are lessening the options for communication and lessening the opportunities for people to receive access to information,” he added.

“Advertising and media were created because the whole intent of that was that people should have universal access to products and services, and the same goes with channels: it’s to give them the will to choose. By taking away the network, you are reducing that.”

Hemedes pointed out that the shut down not only affects the advertising and marketing industries, but also the lives of the people due to the influence the network has brought to the Filipino culture.

“In reality, if you take out ABS-CBN, yes, you are affecting marketing and advertising significantly, but more importantly, you are also affecting the nation as a whole, both in giving access to information or even taking away that part of our culture that is still ingrained in mass media.”

Culture and media studies scholars expected all the implications to occur in the even of the media giant’s closure.

“That’s why there’s such a big outcry because it really had to happen now, in the time of the pandemic, we’re stuck in our homes. For the mass market, who cannot afford internet [and] data services, but what they can afford is to watch TV. And right now, you’re telling them ‘you can only watch the other stations.’ Imagine the impact of that,” Hemedes said in a mix of English and Filipino.

“Rationally, TV is a way for me to discover entertainment, and emotionally, the connection there is that TV keeps me company. It is not just bad for these industries, but it is bad for the nation in general.”

Millions showed their support for ABS-CBN on May 5, after televisions went blank.

“The Philippine government shutdown of ABS-CBN reeks of a political vendetta by President Duterte, who has repeatedly threatened the network for criticizing his abusive ‘war on drugs,’” said Phil Robertson, deputy Asia director at Human Rights Watch.

“Congress should stop ducking responsibility and reverse Duterte’s latest attempt to muzzle the press, especially when the public needs timely and accurate information more than ever.” 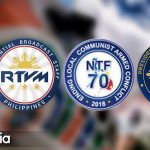 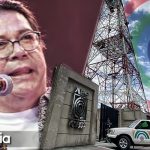