Dr. Edsel Salvana, the Director of the Institute of Molecular Biology and Biotechnology at the National Institutes of Health at the University of the Philippines Manila, has been criticized as of late for allegedly giving out wrong information regarding COVID-19.

On Thursday, Dr. Salvana retweeted an article he wrote for Esquiremag saying “ISOLATION needs to happen for suspected cases BEFORE testing is done or results are back, and should continue for PROBABLE cases even if testing results are negative.”

Testing is important. But ISOLATION needs to happen for suspected cases BEFORE testing is done or results are back, and should continue for PROBABLE cases even if testing results are negative. Testing is PART of the solution, isolation is the KEY. #COVID19 https://t.co/br2bFxI06o

Experts were dropping facts and opinions in reply to his tweet.

It wasn’t long until people saw that Dr. Salvana was hiding certain replies that seem to go against opinions specifically those who are well versed on the matter.

Molecular biologists are calling out Dr. Salvaña’s misrepresentation of data and he’s out here HIDING THE REPLIES

So why hide some replies? pic.twitter.com/aUcKP7DBOH

Di ko rin maintidihan why would a doctor like you couldn't handle factual replies and hid them 🤭 pic.twitter.com/eQM6VOs8Ld

This isn’t the first time Dr. Salvana has been accused of misinformation.

In March, he got into it with several Twitter users.

Please don't take hydroxychloroquine (Plaquenil) plus Azithromycin for #COVID19 UNLESS your doctor prescribes it. Both drugs affect the QT interval of your heart and can lead to arrhythmias and sudden death, especially if you are taking other meds or have a heart condition.

You do realize they must be prescribed by a doctor. Hard to hoard anything that isn't readily available on the shelf. This almost seems like a joke

Why are you lying, "doctor"? There would be no reason on earth for you to say anything about combining these two specific drugs without your knowing it was suggested by President Trump.

Dr. Salvana then blocked one of them after getting fact-checked.

Also in March, Kapuso resident political analyst Richard Heydarian went off on Dr. Salvana for saying that the virus has already been contained back in February. One of the screenshots shows Dr. Salvana going off on his critics.

Wait, is this the same “expert” who claimed “contained” nila yung CORONAVIRUS epidemic just weeks ago??? Koya: thanks to INTERNET, we can READ analysis by real TOP EXPERTS in the WORLD, kaya sorry nlng sayo and your “educational” tweets! Can we confirm these screenshots please… pic.twitter.com/lfPO22BVmg

Kapuso journalist Atom Araullo also did his research and had an exchange with Dr. Salvana.

Then sir, I’m sorry to say but your tweets are misleading at best, and malicious at worst. I was NOT referring to total number of tests but individuals tested! This is what the DOH tracks anyway. So hindi pala inaccurate yung data. https://t.co/J1xQZDpzxx pic.twitter.com/eWEPeCRJ4t

The exchange started when Atom decided to compare how weak the testing rate in the Philippines was relative to its Asian neighbors.

Atom, the 2147 tests is inaccurate. Its not as simple as adding the COVID tracker numbers. Positive patients get many repeat tests until they turn negative. The actual tests performed is 11,466. Capacity now at more than 1000 test/day. DOH will update. https://t.co/avBoas8HrG

Atom then questioned the DOH’s reliability on the matter.

As of 5pm today, DOH confirms info on their tracking website that 2147 individuals have been tested for #COVID19, says figure is expected to rise. Dr. @EdselSalvana meanwhile says the TOTAL number of tests done is 11466 (not individuals).

What accounts for the discrepancy is unclear. Hindi lang ba updated ang numero ng DOH? (Bakit?) Is each individual tested an average of 5 times?

And because these are delicate times, I have to provide a disclaimer that we are NOT criticizing our front liners in charge of this important work. In fact we salute you. We are just presenting the facts as they are presented to us.

I don’t understand this graphic and I cannot speak for the Inquirer. Sir, maybe you were reacting out of emotion. I know the feeling. But accurate and timely information is so critical at this time. It will be bad for everyone if we cast doubt into this process.

As I already said, positive individuals are tested several times before they test negative prior to discharge. They need 2 consecutive negative tests before discharge per protocol. Sometimes it takes a long time to get there. This is being modified so that the backlog is less.

He added more reports to support his claim.

Sir that comes from the official tracker of Vietnam itself. And looking at the same data, it says “for some countries the number of tests correspond to the number of individuals who have been tested, rather than the number of samples.” See highlighted section. pic.twitter.com/N7S8pGwgQF

39000 individual tests now is more consistent with that trend. Othewise total tests would be way higher than that, because as you say, they perform the test several times on one person.

Anyway, bottom line is we can't compare apples to oranges. 39k for Singapore is tests, 30k for Vietnam is individuals or tests (no idea, maybe both). 2k for Philippines is individuals, 11k for tests. Its easy to confuse as you said, but accurate data comparison is important.

Atom did not flip-flop and stood by his initial tweet.

Honestly, I don’t see the utility of reporting total number of tests anyway, aside from research purposes and to show testing capacity. The data would skewed because the number of times an individual is tested varies a lot.

Earlier this month, before mass testing even started, Dr. Salvana tweeted saying: “This really seems to indicate flattening” referring to the data on the number of cases in the country.

The public trashed him for his conclusion which had no basis.

This is why we don't say the curve is flattening based on a 2-day weekend drop. You're giving people false hope. https://t.co/Kn2Cockc1S

A doctor replied saying his tweet is not something the public should believe in.

Yup, "Flattening the curve" was too early to call.

158 new cases. That's higher than yesterday's 76 cases but lower than the March 31 peak of 538 cases. This really seems to indicate flattening. This is encouraging and points to a real effect of ECQ. Extension is an option, but the hardest hit will need a lot of support. #COVID19 pic.twitter.com/zEPyYI4tjF

"this really seems to indicate flattening"

first, we havent done mass testing yet
second, fluctuations do exist and real life stats are not always consistent
third, the conclusion is meaningless if data collection is not yet done
lastly, YOU CANNOT EXTRAPOLATE DATA FROM THE DIFFERENCE OF A FEW DAYS. https://t.co/EQelTzxeV3

Two weeks after Salvana’s tweet, the Palace said that the curve has not been flattened yet.

Presidential Spokesman Harry Roque confirmed this in a briefing.

The Philippines now has 7,294 confirmed cases with 494 deaths. 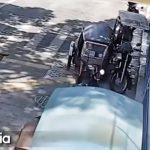 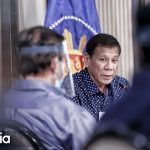