Writer Anna Fox once said, “Men in the kitchen is super sexy…It’s hard not to fall in love with the man [while] watching him cook!”

In an episode of Idol ng Kusina, Chef Boy Logro said that he used to get a lot of women attracted to him back in the day because of his ability to cook delicious dishes.

He said that being able to cook adds to a man’s ‘pogi points’.

As Chef Boy was preparing the food, Bryan Chong asked him if he ever experienced being alone on Valentine’s Day.

Chef Boy jokingly replied saying that he never did, because a lot of women fell in love with him.

Chef Boy added that men who can cook great dishes are very attractive to most women.

But on a more serious tone, he said that his wife was really the only one who fell for him.

Chef Boy and his wife will be celebrating their 40 years of marriage soon.

Reddit users, specifically women say that they expect an adult man to know how to cook.

“Food is lovely and it’s cool when someone can cook things that are miles above average.If you just literally mean “a man who can cook’ and have it be good then not really, I kind of expect that of any adult tbh.”

“I’m kinda embarrassed by men who can’t? Like, how are you alive? I expect cooking to be a shared thing, so, being able to is sort of a minimum requirement, not impressive.”

Some find it very attractive when men can really cook. One user said she left her ex boyfriend because he was always eating out due to his inability to cook food for himself.

“One of the reasons why I broke up with an ex boyfriend was because he didn’t and couldn’t cook. All he did was eat out. It disgusted me. If you can’t cook, to me it says that you don’t know how to take care of yourself and you probably don’t eat healthy. It also made me think that if I were to stay with him down the road, I’d be stuck in the kitchen all the time.”

“I love anyone who is passionate about food. My SO and I love to cook together and eat together and shop together. When we first got together, he knew he loved food but his parents are shocking cooks and he was utterly impoverished (like, nothing but potatoes for a month, passing out from hunger impoverished) so I had to teach him how to cook with more variety. But in the process he also taught me. I eat a lot of things now because of him that I didn’t eat before. We love food and encourage each other to try new things all the time.If we didn’t have that, as much as I love every other bit of him, I don’t think our relationship would ever have moved past the rebound fuck phase.”

“He doesn’t have to cook up anything fancy or chef-quality meals, but as long he knows how to make basic meals then it’s fine. I wouldn’t want to rely on him cooking though; it’s just nice to have someone who enjoys it too and can take up the task from time to time.” 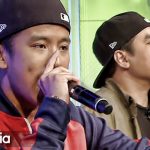 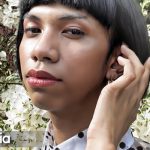