Artists then would get tied up and hanged while they are helplessly spinning around as cameras are trained on them.

Nudista posts her work on social media to get more exposure.

“Syempre I want to share my works of art with other arts who want to collab with me. I also look for other work of artists.”

Sex has evolved immensely throughout the years. Americans introduced this fetish back in the 1940s which went against the Filipinos’ culture of being conservative, but seeing how things are now, it can be safe to say that most have accepted this already. It was just magazines back in the day, but technological advancement changed that.

Professor Virgel Binghay says, “Kasi pinagbabawal ang pag-uusap in a formal setting about sex, so they do it underground.”

Nudista says that she is not embarrassed by what she does.

“It only becomes safe when negotiations happen before the rope tying. Talagang its a big responsibility on the one tying na knowledgeable on what they’re doing na they always have the good intentions on the one being tied.

“If you want to be progressive in that way, we have to mind each other’s business. It all boils down on how we can educate society,” Nudista added.

Nudista also does this to express herself more.

“What if more people are accepting na pwede pala ‘to, then why should we stop them from expressing themselves when they are not harming another person. Exposing one’s body is normal, it is normal to have sex.” 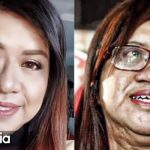 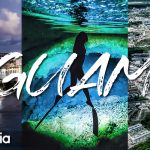