For the second month in a row, the Manila Electric Company (Meralco) announced a decrease in power rates for February.

The overall rate for a typical household consuming 200kWh decreased by P0.59 to P8.86 per kilowatt hour (kWh), its lowest level in two years, from last month’s P9.45 per kWh. Such a household will see a decrease of around P118 for their total electricity bill this month. 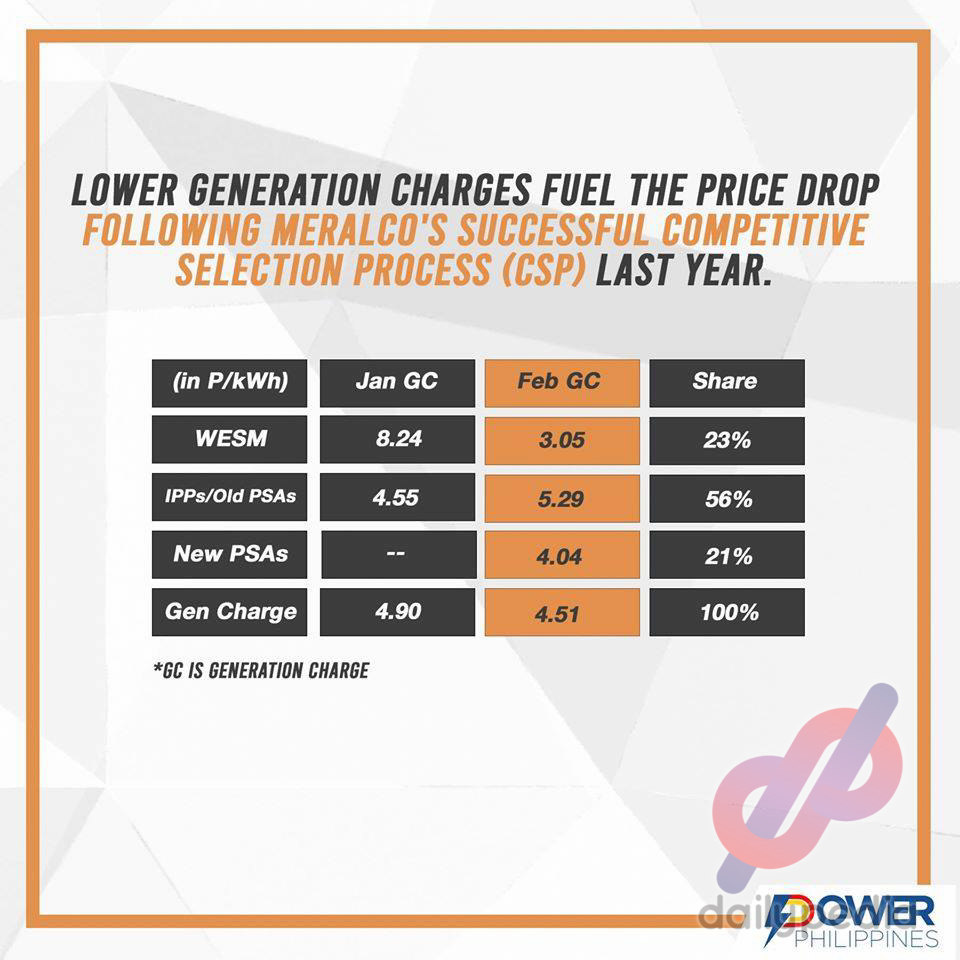 The reduction is mainly due to a lower generation charge after the implementation of new Power Supply Agreements (PSAs) starting last December 26.

The back-to-back rate decreases to start the year total to P1.00 per kWh and goes against the usual trend of February rates increasing, as seen in the previous five years. 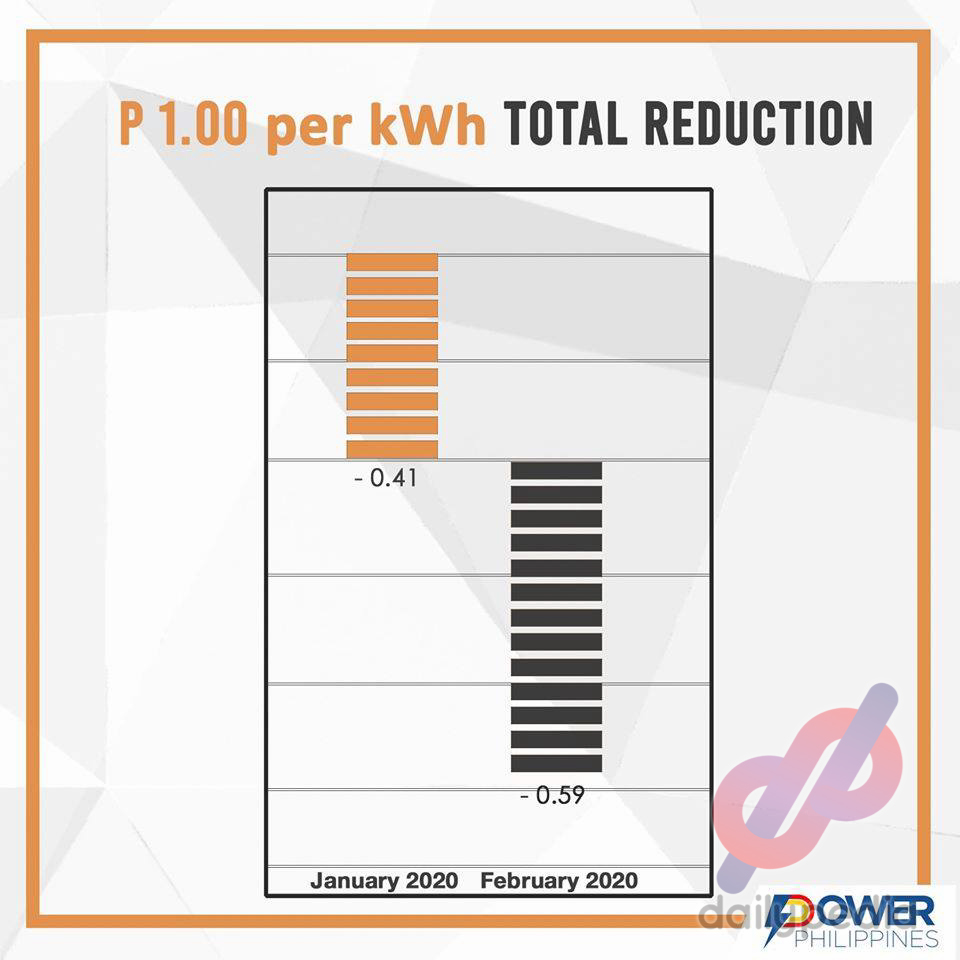 The generation charge for February decreased to P4.51 per kWh thanks to Meralco’s prudent and strategic partnerships with power suppliers and the resulting new PSAs, such as San Miguel Energy Corporation, South Premiere Power Corporation, and AC Energy, who charge a lower generation cost. Charges from the Wholesale Electricity Spot Market (WESM) were also lower this month. 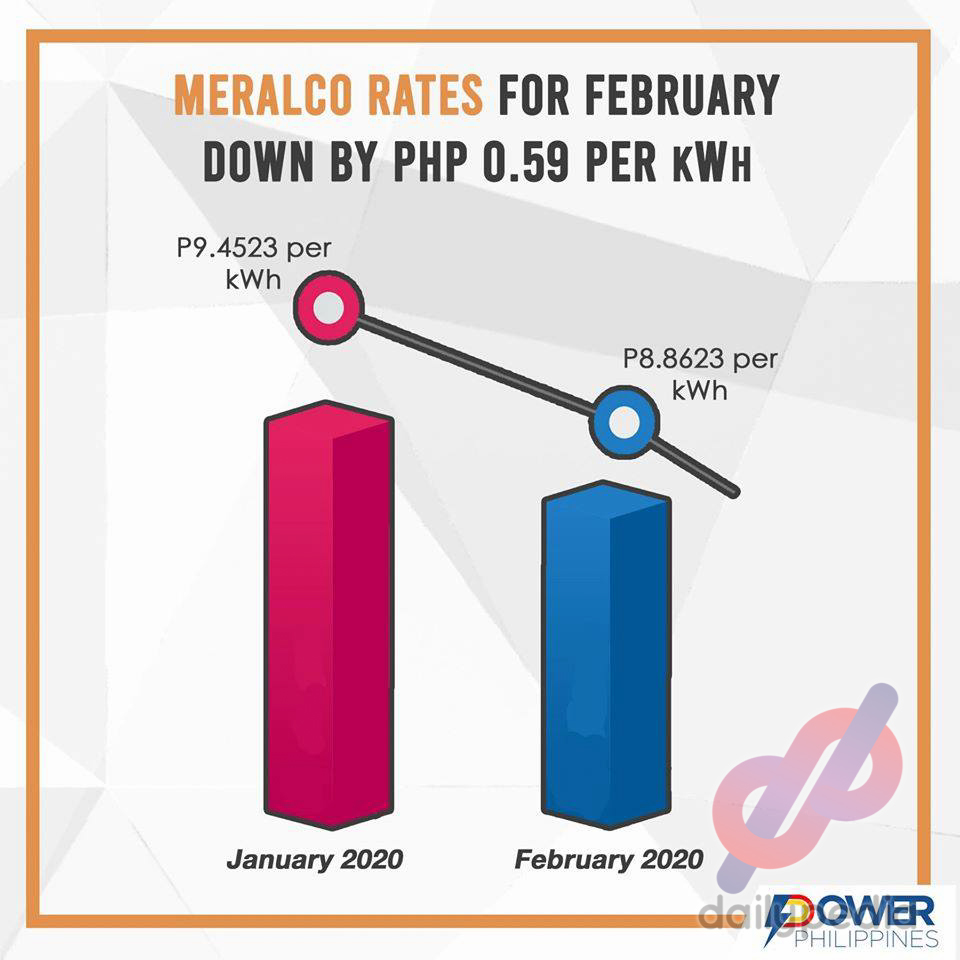 These lower prices from the new PSAs and the WESM—which accounted for 44% of the total supply—offset the cost of power from Meralco’s Independent Power Producers and old PSAs, which increased to P5.29 per kWh.

With these new PSAs providing lower generation costs, the public can expect consistently low power bills with energy-efficient use of appliances and devices at home, allowing for a bigger budget for other household and family needs.

Energy efficiency tips for customers
As we approach the summer months, Meralco encourages its customers to continue practicing energy efficiency initiatives at home to help manage their electricity consumption, such as:
– Such as unplugging appliances when not in use to avoid “phantom load”
– Using the aircon at mid-setting or at 25 degrees Celsius
– Using a power board or strip which can supply power to several appliances at once
– Maximizing natural light during daytime
– Keeping appliances well-maintained to ensure optimal performance.