An Irish woman, who goes by the name of Mary, went on on RTÉ Radio One’s Liveline to say her life was ruined after she found out her husband of 20 years was actually gay.

All this time, Mary considered herself ‘happily married’. She had the shock of her life when her husband’s real orientation came out.

Being married for 20 years, this was the last thing she expected but unfortunately for her, she stumbled upon his secret.

“I found out by accident and in that second I knew that my marriage was over.”

Mary acknowledged the fact that even though her husband is gay, there is still a part of her that loves him because they’ve been together for a very long time. Love just doesn’t fade right away.

“I loved him. Love doesn’t die easily, it takes time, like it does for it to grow, and it takes time to die.”

Mary didn’t know what to do initially because she knew the consequences that would come if ever the secret is revealed. So she stayed low until the right time arrived.

“I hid in the closet for three months. Didn’t want to tell anyone because I knew once it was out, that was it.”

Divorce was the only way to go for Mary, as she couldn’t take any more of it.

“I carried on and I knew that there was no other way but I would have to divorce.”

Mary’s husband was closeted all this time. His own family didn’t even know he was gay, and he knows he would be estranged from them if they knew the truth.

Mary was so disgusted when she talked to her husband about this that she vomited afterward. Mary had zero idea that her husband was gay, and it hit her really hard.

“The pain was like being hit by a tsunami. If I had a pound for everyone who asked me ‘did I know’ I would be a rich woman,”

What she thought was sickening was the fact that people were actually commending her husband for being brave enough to reveal to everyone that he was gay.

She felt like an outcast because no one was on her side. Mary isn’t even sure if the love that he showed her was real.

“People said to him you are fantastic for coming out, but no one cared about me. Everything is a lie. Your wedding, your children being born. Did he ever love me?”

Mary was very angry during that time, and even wished that her husband would just die.

“Sometimes I say it would have been better if he died, because remember I still loved him – it didn’t just die instantly.”

But today, Mary only wishes her husband well, and said it was hard to get over the entire thing. She has since been getting emotional support from people online.

While the experience was an incredibly difficult one for Mary, she said she now wants her ex-husband to be happy. She also revealed that she found support through an online group.

gaylgbtqiaWoman married to a Gay Man 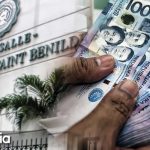 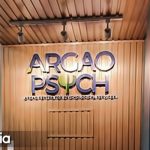