Google describes ghosting as “the practice of ending a personal relationship with someone by suddenly and without explanation withdrawing from all communication.”

Ghosting makes people wonder what they did wrong and can lead to disruption of emotions. Millennials have used this term so often that Merriam-Webster added the term in its dictionary. 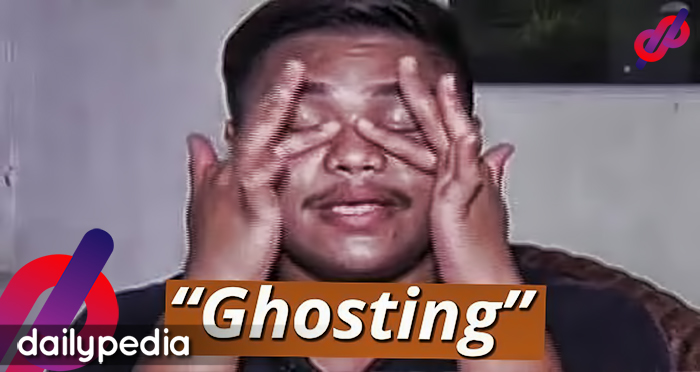 Dating apps are one of the reasons why this term has been so popular lately, as said by clinical psychologist Lilian Ng Gui. Ng Gui says that ghosting causes too much damage most of the time.

“Ghosting is one of the most cruel forms of torture, of dating torture.”

Ghosting can be painful because it cuts off a connection with no definitive reason or clarification.

“Imagine you’ve been together for years or for months, and suddenly nawala na lang siya bigla. It can really cause trauma and it can be a long lasting, painful and emotional feeling sa isang tao.”

Ng Gui’s advice is to just meet that person face to face and end things there if the connection can never be compatible.

Psychology Today says that ghosting is basically the silent treatment but is more extreme.

“Ghosting is the ultimate use of the silent treatment, a tactic that has often been viewed by mental health professionals as a form of emotional cruelty. It essentially renders you powerless and leaves you with no opportunity to ask questions or be provided with information that would help you emotionally process the experience.”

People may feel manipulated after being ghosted.

“For many people, ghosting can result in feelings of being disrespected, used and disposable. Ghosting gives you no cue for how to react. It creates the ultimate scenario of ambiguity. ”

Emotional pain can always be dealt with, and Tylenol is a good medication to combat it.

“Social rejection activates the same pain pathways in the brain as physical pain. In fact, you can reduce the emotional pain of rejection with a pain medication like Tylenol.”

Moving forward is always difficult, but it is important to understand that when you get ghosted, it has more to do with them than you.

“The important thing to remember is that when someone ghosts you, it says nothing about you or your worthiness for love and everything about the person doing the ghosting. It shows he or she doesn’t have the courage to deal with the discomfort of their emotions or yours, and they either don’t understand the impact of their behavior or worse don’t care.”