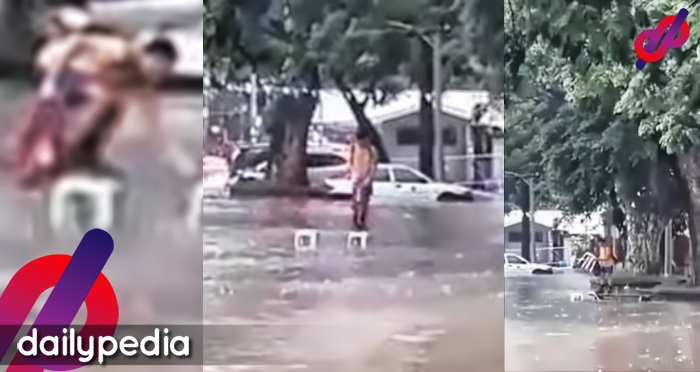 One student from Iloilo National High School had netizens laughing when he proved that you can get through a flood, with the use of two chairs.

The video shows a young student trying to get across a flooded area. He showed his creativity by using two chairs alternately. The student would step on one chair, while putting forward the other, then repeated this until he got to a dry spot.

WATCH: A student from Iloilo National High School is seen putting together a creative solution in avoiding flood water.Using two chairs, he alternately stands on one while moving the other, making a path across the flooded area.The video finishes when the youngster made it to a dry part.Video by Janehisoler Macapaz

People were watching him while laughing but were impressed with the creativity that he showed.