Imagine getting your wallet stolen at the age of 14 and reuniting with it after 75 years.

Pastor Seth Baltzell of City Hope Church went on Facebook and shared how he found 15 wallets in a vent inside an old high school.

“While demoing out the old high school in Centralia Illinois recently we found a stash of what we assumed to be stolen walets from the mid-1940s stuffed in a heat vent.” 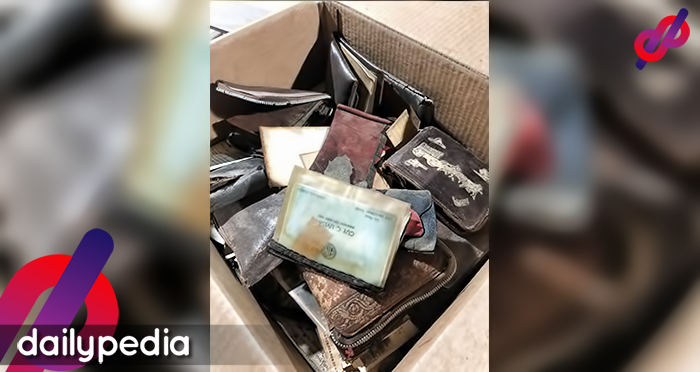 Baltzell was touring Centralia High School in Centralia during its demolition and his people found wallets inside a heat vent. Baltzell said that the wallets date back from the mid-1940s and contained pictures of soldiers and other things. Most of the wallets were from women.

“While someone took the cash, they left behind all the pictures, information, and other documents,”

Baltzell posted names of some of the women and said that they could get it if they wanted to.

“I’m going to throw some names in here of what appears to be mostly women, so these are probably maiden names. If you know if they are still living or are a family member, we would love to get it back to you!”

After posting the photo and names on Facebook, he was contacted by 89-year-old Betty June Sissom who used to be a student of the old school.

Sissom told KSDK-TV, “I remember it was red and I remember I lost my wallet…I can’t believe this from all these years ago. That’s me with a little boy by the name of Jimmy Kane and I had a crush on him,” Sissom told the television station. “Oh my goodness, look at the boys’ pictures I have. They took all the money, huh?”

She never thought she would see her red wallet again after she lost it.

Here are some of the reactions people had:

“This is exciting, I can’t believe after all of these years.”

Crazy Story! While demoing out the old high school in Centralia Illinois recently we found a stash of what we assumed…

What an amazing story! Wish they were all living and could figure out who did this.

If anything has the name Mercer on it that’s my family, maybe my mom.. Laverne Mercer

If they are have passed hopefully their families will receive them

Wow. So nice of you to try to find the owners!

This is a very cool story!
0
SHARES
ShareTweet