In the Philippines, people are so practical when it comes to transportation. One of the most popular rides, especially in remote areas is the “habal-habal.”

The usual motorcycle is only good of two to three people, including the driver, but riding a “habal-habal,” an improvised two-wheeled single motorcycle that can accommodate more than 6 to 10 passengers can be considered as an extreme ride.

Sometimes this is also used to transport agricultural products and livestock to the market.

A Facebook user named Melody Melody posted a video of a habal-habal carrying a pig on his left while another man on his right. The video was captioned, “stressful moment sa baboy,” where you can hear the people laughing and felt pity on the pig in a standing position on the habal-habal.

They spotted the scene at Kitcharao, Agusan del Norte.

While watching the driver, who managed to balance the habal-habal with the pig and another passenger, they were starting  to laugh and felt pity with the pig until one said, “maoy klaro nga struggle is real.”

They continued laughing so hard seeing the pig as it was trying to balance itself on the habal-habal.

The video went viral on social media as it garnered 4.8 thousand reactions and 12, 318 shares.

It also brought joy to some netizens because of the pig and on how they laughed so hard.

“Kodus to the driving and balancing skills of the driver, the baboy and the supporting actor! 😂😂😂😂”– Ryan Deovan Caloñge

Some of the netizens weren’t happy with how they laughed on the video because it wasn’t funny at all. 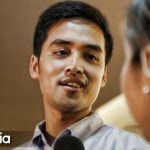 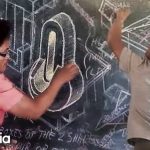