Every parent’s greatest fear is to bury their own child and yet this tragedy has been experienced twice over by an overseas Filipino worker (OFW) who lost a 6-year-old daughter to sepsis about two years ago and then another, just recently, due to dengue.

Art Tecson Jr., who works in Jeddah, Saudi Arabia, was informed that his 18-year-old daughter was rushed to the hospital due to dengue fever.

His daughter Allyza Marie Tecson was a smart young woman, studying at the Asian College of Technology – Bulacao Campus in Cebu City before succumbing to the said illness.

Although weak, she was resolute to graduate from senior high school and even finished some of her school projects while confined at the hospital.

Sadly, Allyza took a turn for worse while her father Art was still in Saudi.

“During the time (when) she was being revived by the doctors, I had my family put me on video chat so I can see my daughter. I kept saying, lumaban ka anak. Please, wag mong iwan si papa. But then I saw how weak my daughter was and finally said to her, anak give up na tayo. Pahinga ka na,” disclosed the OFW dad.

When he learned that his daughter would have graduated with high honors, grieving Art decided that Allyza would have happily received them.

He then attended the graduation rites, holding Allyza’s graduation photo he put in a frame so that his daughter could still “attend” the ceremony she worked hard for.

Art was accompanied by his older sister Maureen Tecson Dakay when he went on stage to receive his daughter’s diploma and medal. Weeping Art proudly wore her medal in honor of his late daughter and everyone at the ceremony shed a tear for Allyza. 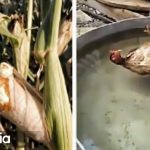 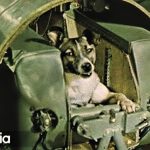