An “eye-catching” gift made the rounds on social media when one Facebook user shared photos of it, claiming that her mother gave it to her after her moving-up ceremony.

She posted pictures of a seemingly brand-new iPhone complete with similar packaging and charger only for it to turn out to be an eyeshadow palette.

Many netizens commented on the post, visibly enticed with the surprising but alluring gift, asking where they could buy one for themselves, or for those they would like to prank as well.

Dimakiling is one of the thousands of graduates of Grade 10, and “moving-up” is a term used for its graduation ceremony, akin to those who have completed their kindergarten years. Said rites is part of the memorandum from the Philippines’ Department of Education released earlier this March.

Her post went viral with over 14 thousand reactions and the same number of shares online. 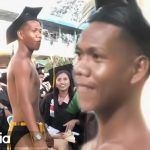 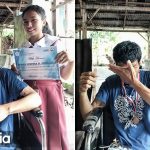