A Gong Cha customer was horrified after an “absolutely disgusting” experience with his drink.

He said that since there was a long queue at the outlet, it took a while for him to get his drink but the Gong Cha staff eventually handed him the tea with a sealed straw. All seemed fine.

Yabut even complimented the drink saying that it was “really good”.

But it didn’t end well as when he was about to finish his drink, he removed the cup sleeve to peak at how much was left but all he noticed was how the three small cockroaches were floating in the drink.

“I moved the cup-sleeve to check how much I had left and I was utterly shocked to see 3…. yes, 3 LITTLE COCKROACHES in my drink.”

He then tagged the Facebook page of the store saying that they should investigate the matter. He also added a warning to the public to always check their orders before drinking or eating them.

“Wouldn’t want this to happen to anyone else,” he wrote. 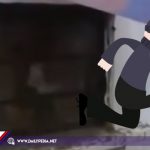 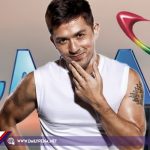