Parents of the bullied Ateneo de Manila University Junior High School student broke their silence about the incident that their son became involved in. 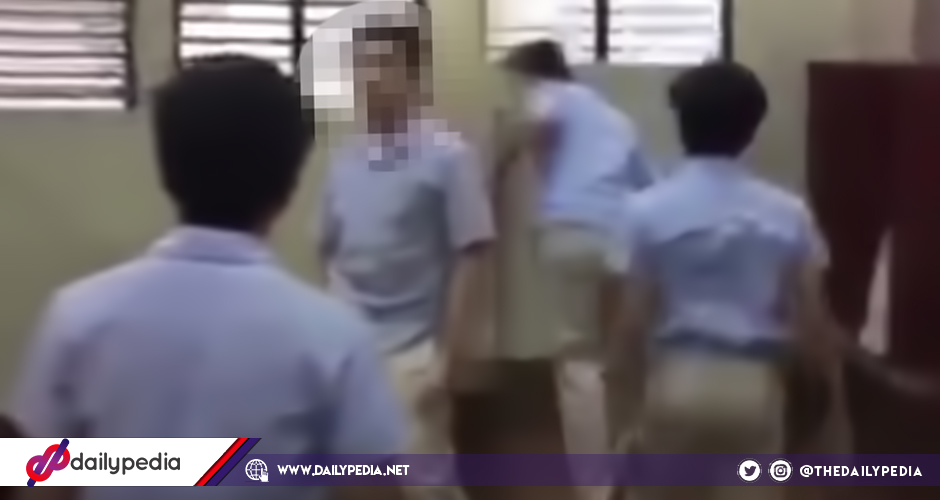 The parents stated that their son “chose his true sense of dignity” and “is not a loser” to be pitied. They have also left their son’s name undisclosed to avoid being memoralized as the “bullied boy from Ateneo.”

“Our son was asked by the bully to make a choice. From the bully’s own words, ‘Ano ang gusto mo, dignidad o bugbog?’ – but in the bully’s definition, choosing ‘dignidad’ was a far more degrading option, one that would subject our son to inhumane treatment and abuse.”

They also expressed that they felt outraged upon seeng the two-minute viral video, but chose to remain silent over the issue to protect their son and help him heal.

“He did not do anything to deserve this kind of treatment from his classmates. But, despite what happened, we will not let this incident damage our son – he will heal from this, and we will ensure that he will grow up with his morality and values intact.” 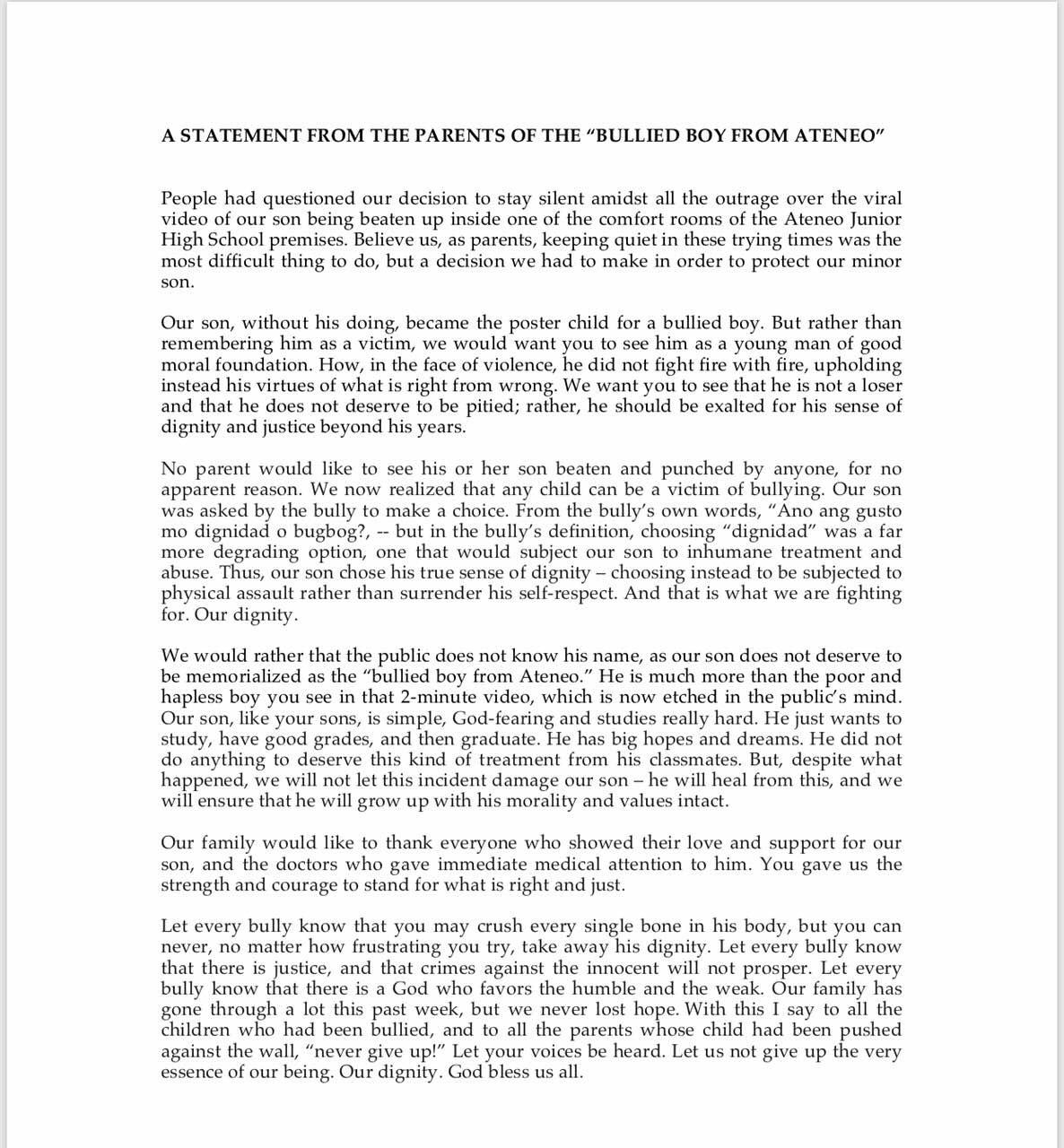 The parents have extended their gratitude to those who helped their son and encouraged other bullying victims to speak up.

“Let every bully know that you may crush every single bone in his body, but you can never, no matter how frustrating you try, take away his dignity.

The statement didn’t sit well specially on netizens who are following the issue. Some understood the parents while some others questioned how they raised their son.

I would like to honor the laudible stand of the parents of this boy abused by that bully. But at the same time, do not let this boy get away with what he did without being punished. I suggest you file the proper charges for such inhumane actions.

Submissiveness is not a virtue. I sympathize with the parents, but “turning the other check” to a bully is not the right response. Resist. Stand tall.

And let this bullying be a reminder for everyone to fight. Never be silent about bullying. If you witness a bullying incident and you do nothing, you side with the bully. If you are bullied and you don't complain or ask for help, you can't blame the world for not helping. 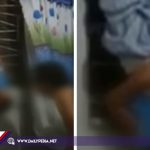