Miss Universe Spain 2018 Angela Ponce failed to secure a spot in the Top 20, but she did prove a lot in this year’s competition.

What’s so special about her? She’s the first ever transgender woman to join the international competition.

Miss Universe pays tribute to the first transgender woman in the pageant. Cheers and applause are heard from the crowd. Transgender women are women. Mabuhay ka, Spain!

The tribute even earned Miss Spain a standing ovation from the crowd.

A Netizen expressed how much she admired Ponce.

Still, I admire her braveness. You are appreciated, Miss Spain. We love you. Congratulations! #MissUniverse pic.twitter.com/X8vJl8pE8j

Another Twitter user shared a quote from the contestant that affected him the most.

"I'm here to eradicate the intolerance and to raise Equality for everyone, even if I will not win the title"

Someone also said how beauty has come a long way, as it also acknowledged  transwomen by letitng Miss Spain join.

The definition of beauty has come a long way. It is a very strong, clear and loud message of equality.

Tristan then slammed people who continue to fight for the rights of the LGBT+ community but are still against the participation of Ponce in the international competition.

Kaye shared an interesting conversation with her cousin.

Unfortunately, not all comments are positive as a Netizen shared screenshots of transphobic comments made by Filipinos.

One of the replies explained that not all of the comments are transphobic, however, they just see the Miss Universe as a pageant for biologically born women.

They aren't transphobic tho, they literally said they respect transgendered women. Maybe it's just a misunderstanding on both sides. They see Miss U as something for biological women bc there's a pageant for the LGBT community.

Try to understand both sides instead of adding hate 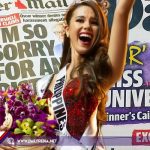 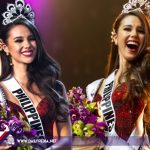