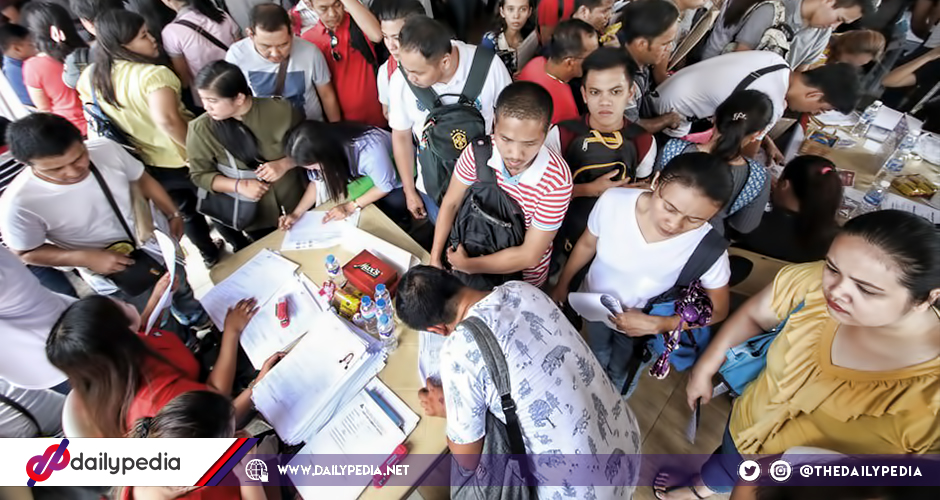 Social Weather Stations (SWS) announced on Wednesday that the joblessness among adult Filipinos decreased in the second quarter of this year. 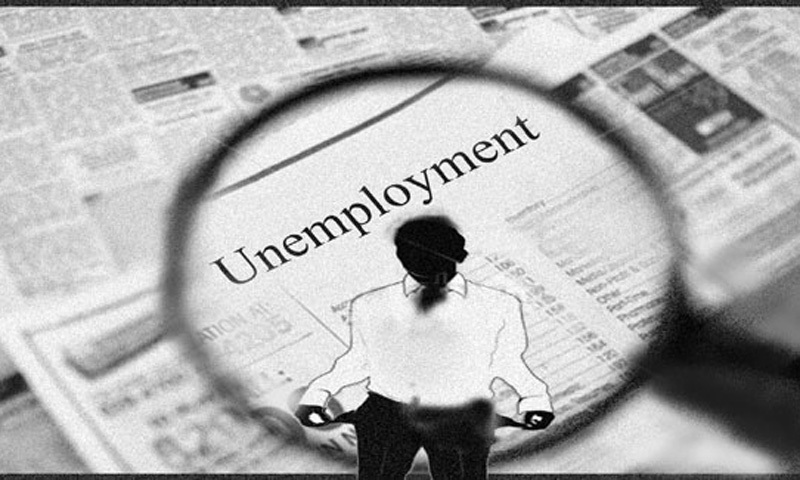 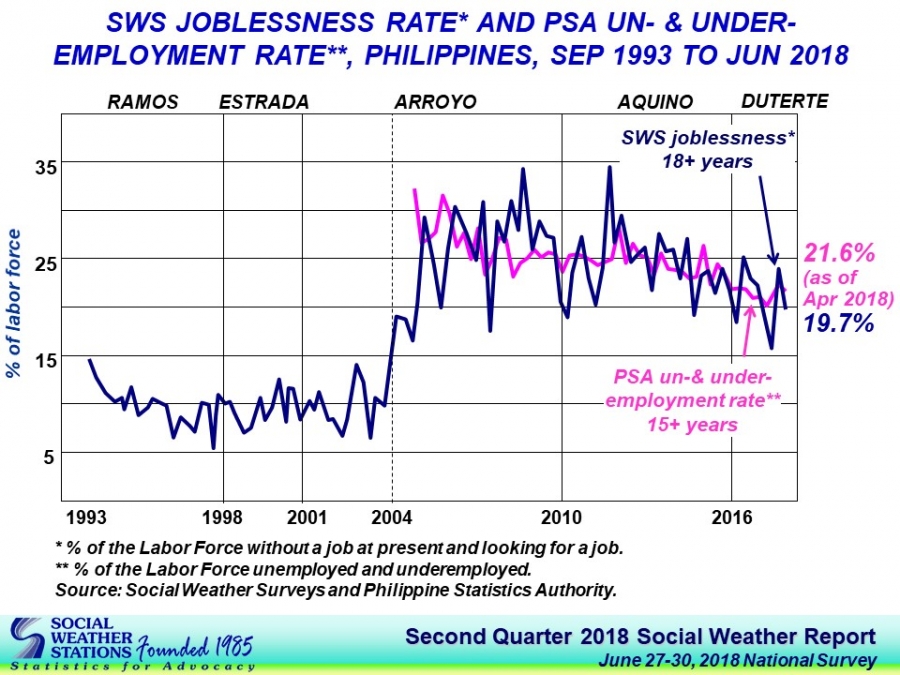 The joblessness result covers those who are without a job and currently job seeking. It makes up of 9.5% or 4.2 million people who voluntarily left their old jobs, 6.8% or 3 million who lost their jobs, while 3.4% or 1.5 million are fresh graduates. 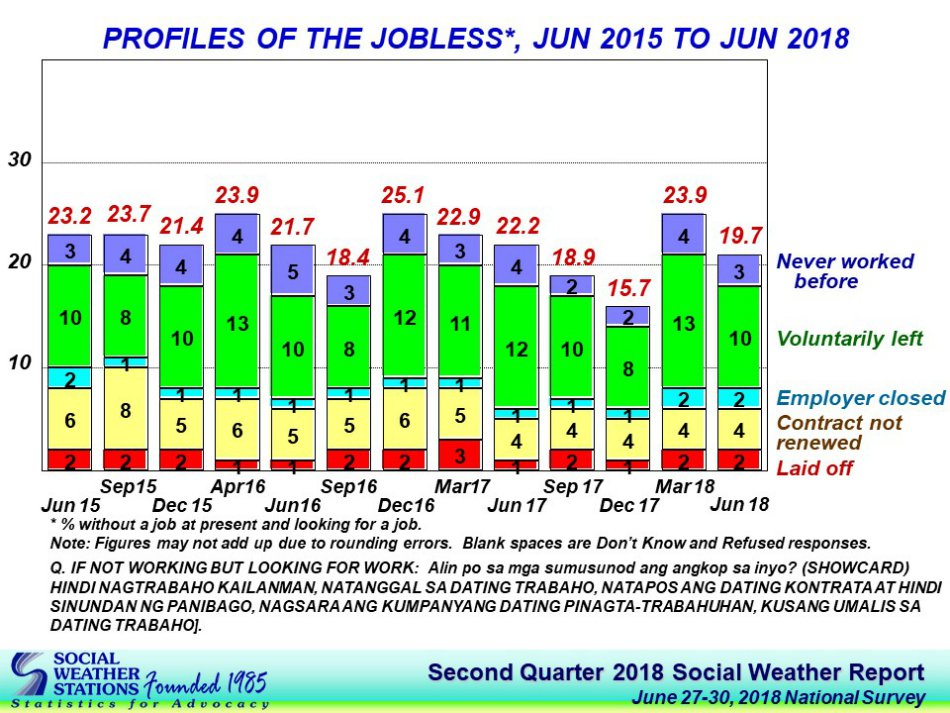 SWS also revealed that the respondents remained optimistic about chances next year. Job optimism or those who think that there will be more jobs decreased only to 47% from March 2018’s 49%. 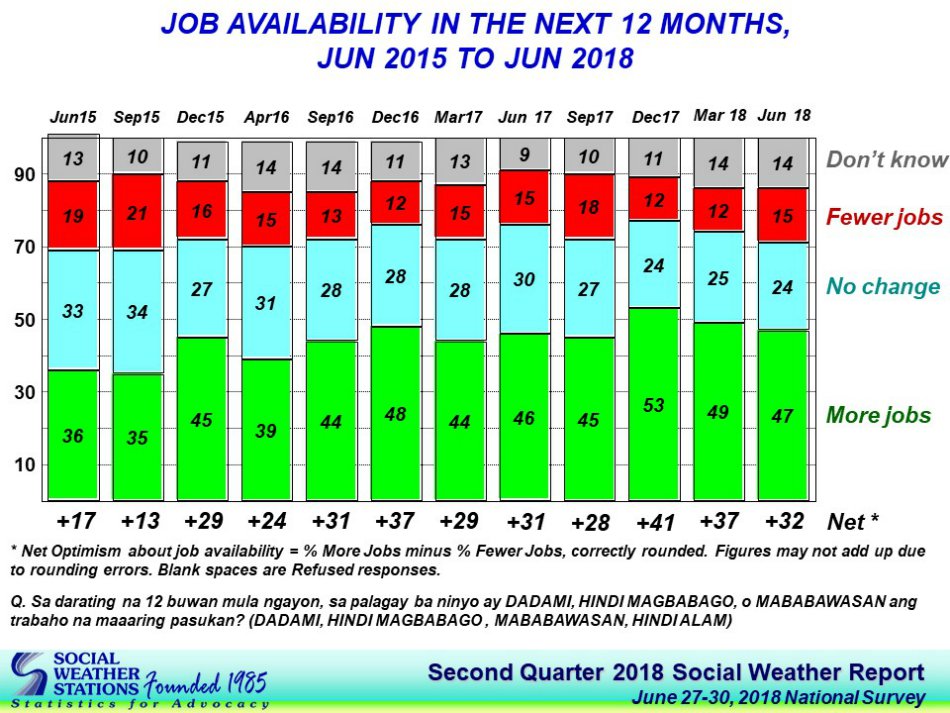 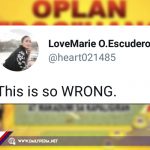 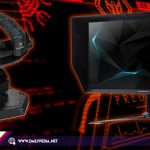