Luis Manzano recently shared his diving experience via his Instagram account, but instead of praising the beauty of the moment, he raised awareness about the alarming condition of our ocean due to improper waste disposal. 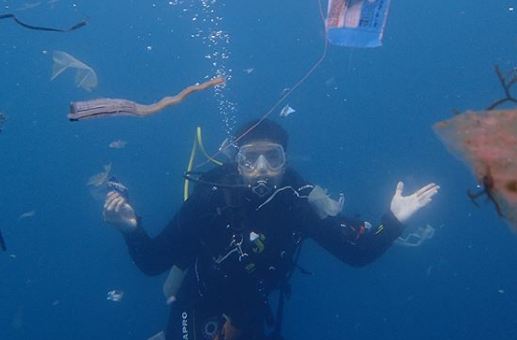 The 27-year-old television personality showed a video and photos of him scuba diving in an undisclosed location. He can be seen underwater, surrounded by different types of trash.

“AFTER ONE DIVE, see the amount of plastic and trash we have in our waters, we are better than this everyone!!!!” he wrote on his post. “What is happening to our oceans, see the amount we picked up after just ONE DIVE .” 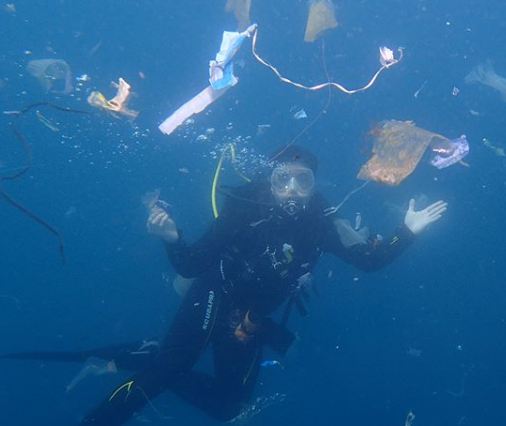 More trash can be seen as the camera panned around. Although distressed over the scenario, Manzano did not point fingers and blame anyone.

He urged everyone to dispose their garbage properly, responsibly and contribute to the plan of making everyone learn about proper waste disposal. 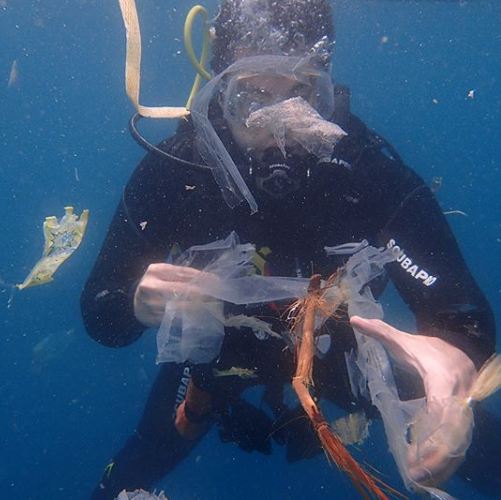 “Please be more responsible with your trash, please naman 🙁 all the clean up dives in the world won’t do anything unless we dispose of garbage the right way! WE HAVE A PROBLEM PEOPLE.”

Netizens expressed their disappointment in the comments section of the actor’s post. A certain Dustin Marasigan asked Manzano about the location of the place, and he replied that it was in Anilao, Batangas.

Instagram user ellehcimilegna pointed out how others don’t realize the importance of taking care of the environment. 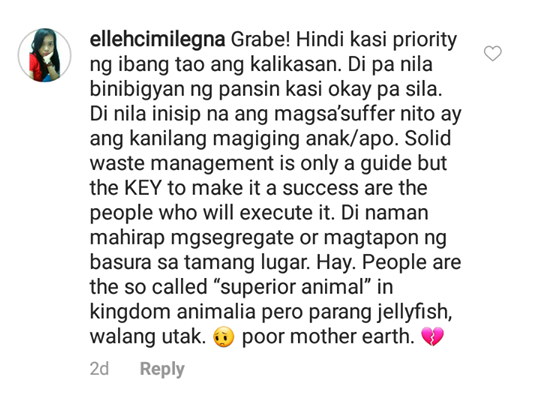 ictbrookelyn said that if people used no plastic then it would have a positive effect in the environment. 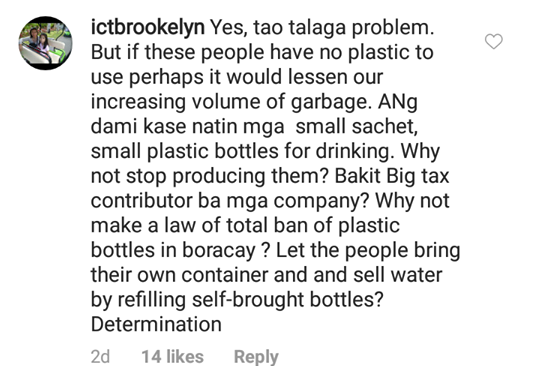 Yes, tao talaga problem. But if these people have no plastic to use perhaps it would lessen our increasing volume of garbage. ANg dami kasi natin mga small sachet, small plastic bottles for drinking. Why not stop producing them? Bakit Big tax contributor mga company? Why not make a law of total ban of plastic bottles in boracay ? Let the people bring their own container and sell water by refilling self-brought bottles? Determination.

Similarly, another comment suggested to lessen the use of plastic. 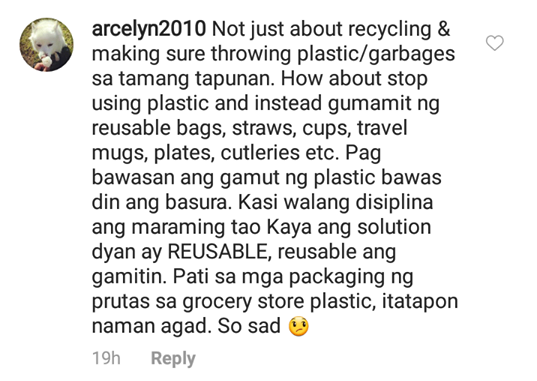 On the other hand, this netizen called out the government for not doing something to discipline the people.

No one in the government can ever discipline the entire Filipinos, the uneducated and those that don’t care ,So flooding can never be solved. By the way, traffic too.lessen the number of vehicles on the road, less traffic. Period!!!!

User meviapauline remembered her time in Siargao wherein she claimed to have witnessed the locals dumping their trash to the ocean. 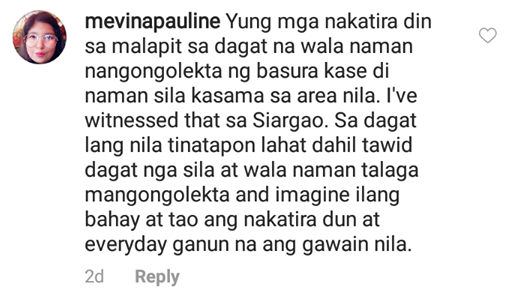 clarabelle_mn encouraged Manzano to keep posting things that will spread public awareness regarding the state of the environment.

You should post more stuff like this in your feed, in addition to your fun stuff. Since you have a lot of followers, they’ll/we will all be reminded to clean up and be more conscious of our plastic usage. I hope. 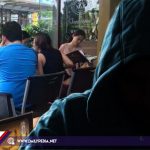 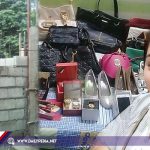