A student’s excuse letter to her adviser has gone viral on Facebook.

Grade 8 teacher named Christian Jay Ordoña has received an excuse letter from one of his advisory students for missing the first period.

In the letter, the student wrote that she was sorry that she missed his class because she had no money and her mom just found their baon right before she went to school.

The post has now reached more than 18,000 shares and more than 64,000 reactions from netizens.

After the post has gone viral, donations poured in for the student, Marinel V. de Guzman. She’s the 4th child of the family of 5 siblings. Her mother is a sorter of goods and vegetables, while her father, on the other hand, is a farmer and coal maker.

The foundation has pledged to fund Marinel’s studies until she finishes college. Aside from that, she will also be receiving a weekly allowance of P500. 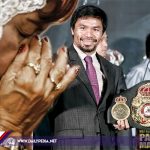 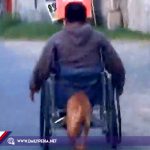