Finishing the four grueling years in college is such a hard task to do. There are so many obstacles that most students will have to undergo in order to finish their stint in tertiary level. And I will tell you, it won’t be a walk in park for  you. 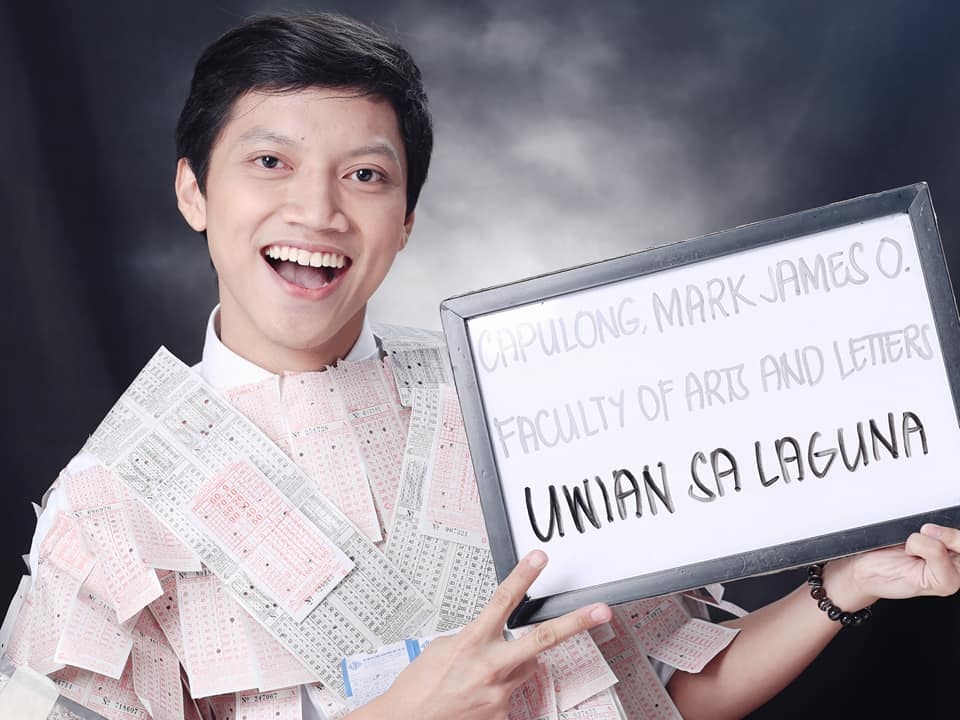 This includes waking up early in the morning, doing all the assigned tasks and assignments to avoid failing and traveling from home to school and back is another task to beat. Oh, not to mentioned the other aspects of “adulting mundanes” that college students have to go through during the years these students have to spent in school. There will be sleepless nights studying and anxiety attacks once the exam is fast approaching, I can attest to that. Wink.

A life of a student is not an easy task as the aforementioned would vouch for it.

However, kudos to those who worked so hard for their dreams to be realized and were able to finish whatever degree they strive to attained to during their college and didn’t grow tired in finishing their college degrees. You are on your way to greatness!

But amidst these grueling challenges, there are also some fun stuff that’s worth to be reminisced once you’re done with your studies. 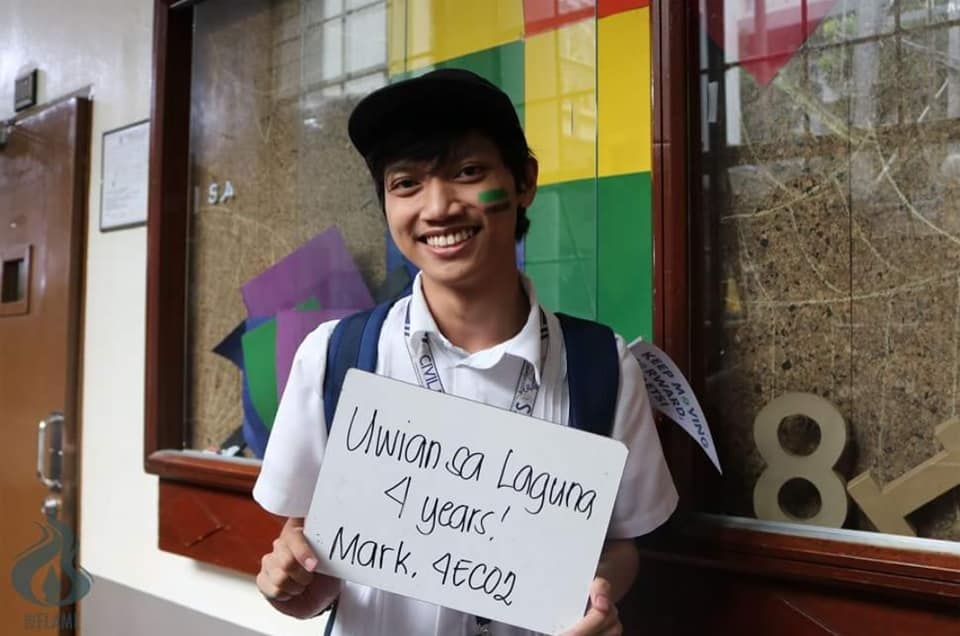 Just like Mark James Operiano Capulong, who finished top three from the University of Santo Tomas, majoring in Economics. During his time, traveling from Laguna to UST he was able to saved all his bus tickets from first to fourth year of traveling from his hometown to his school and made it as a toga (academic garments). 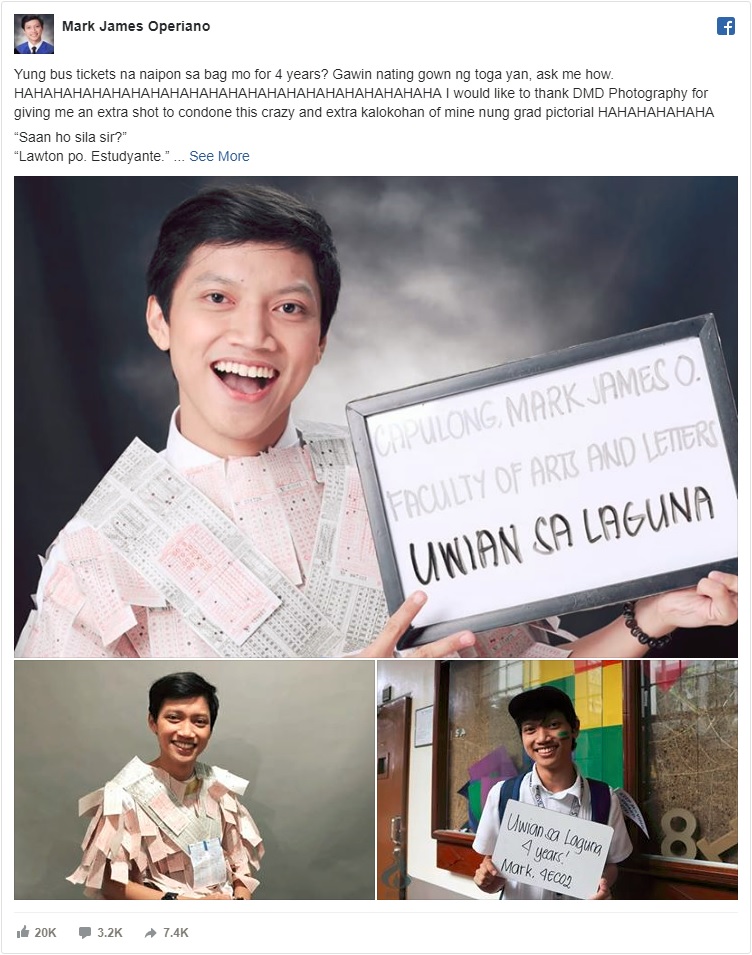 He posted a few photos of him showing-off his collections of bus tickets that he had acquired through the years, and social media netizens were quick to pick it up, flooding his wall with thousands of comments of congratulatory words and well wishers and funny commentaries. 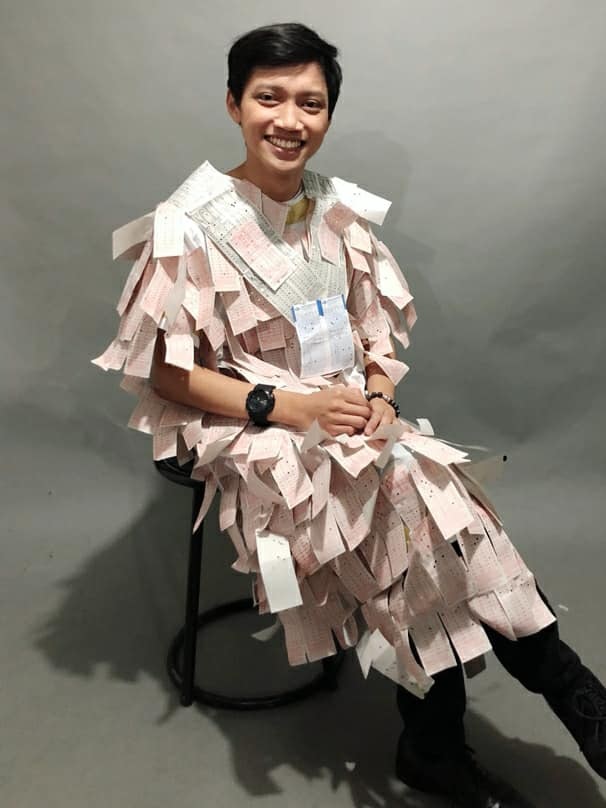 So on behalf of mamang conductors and  bus drivers we would like to congratulate you for finishing your studies. May you make a difference in the lives of the Filipino people as you embark on a new journey to your new profession. 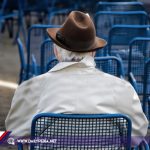 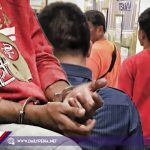