President Duterte is here in China for his attendance to the Boao Forum for Asia (BFA), where he participated as one of the speakers.

In his opening remarks during the bilateral meeting, President Duterte said he is happy that the Philippines and China have maintained its bilateral relations and promoted it to a higher level of friendship.

He also expressed elation on President Xi’s re-election as President of the People’s Republic of China. 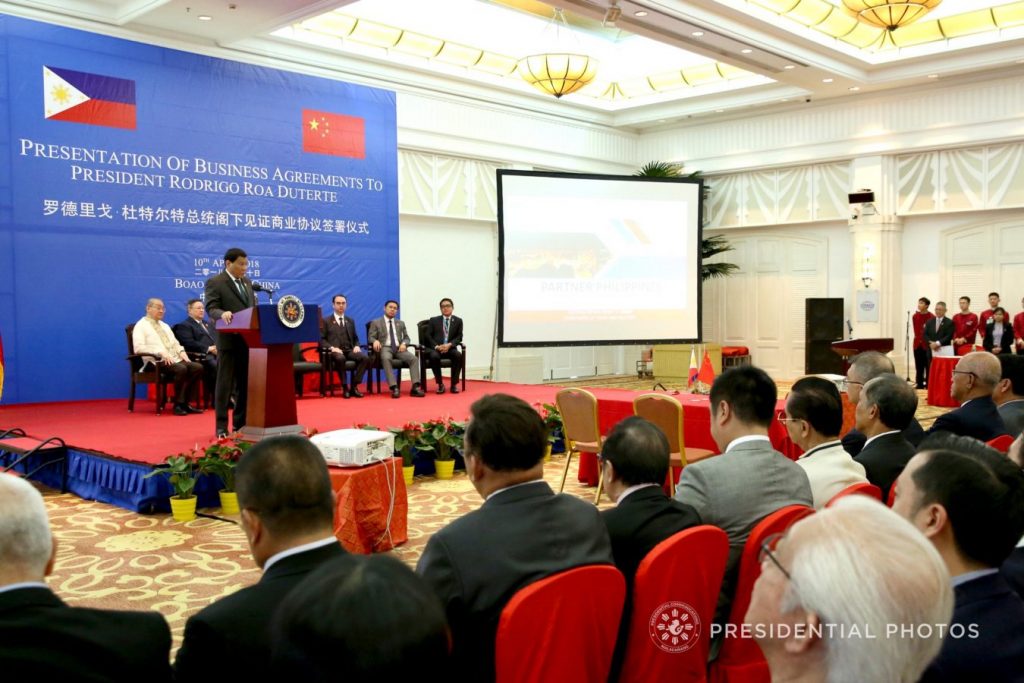 In his remarks, President Duterte assured President Xi of the Philippines “fullest cooperation” in combating transnational crimes and terrorism.

The President noted however that the two countries “can do more” to boost its military and defense cooperation under the framework of the 2004 Memorandum of Understanding on Defense Cooperation.

“I’d like to say it in a very short way — we are with you in this,” Duterte said.

President Duterte also reiterated his gratitude to the Chinese government for its assistance to the Philippines during the Marawi siege.

“It spelled the difference between victory and defeat, at least on a shorter term, that we are able to put down the terroristic activities that have perpetuated in Marawi,” Duterte said, noting that it was a Chinese rifle that killed Isnilon hapilon, the number one terrorist in the Marawi siege.

Meanwhile, President Duterte and President Xi witnessed the signing of six bilateral agreements between the Philippines and China.

It was signed by Department of Finance Secretary Carlos Dominguez III and Chinese Ministry of Commerce Minister Zhong Shan.

The second to be signed was the Exchange of Letters on the Phase III of the Technical Cooperation Project for the Filipino-Sino Center for Agricultural Technology, also signed by Secretary Dominguez and Commerce Minister Zhong Shan.

The third agreement was the Exchange of Letters for the Pre-Feasibility Study of the Proposed Davao City Expressway Project, which was signed by Department of Public Works and Highways Secretary Mark Villar and Chinese Ministry of Commerce Minister Zhong Shan.

The fourth to be signed was the Exchange Letter for Broadcasting Equipment to the Presidential Communications Operations Office (PCOO) of the Philippines, signed by PCOO Secretary Martin Andanar and Chinese Ministry of Commerce Minister Zhong Shan.

The fifth agreement to be signed was the Memorandum of Understanding on the Employment of Filipino Teachers of English Language in China, which was signed by Department of Labor and Employment Secretary Silvestre Bello III and Chinese Ambassador to the Philippines Zhao Jianhua.

The last agreement to be signed was the Preferential Buyer’s Credit Loan Agreement on the Chico River Pump Irrigation Project, which was signed by Finance Secretary Carlos Dominguez III and Chinese Ambassador to the Philippines Zhao Jianhua. 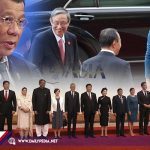 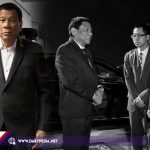