Aubrey So, a “Guhit Pinas” member and artist took her own life because of depression. According to a Facebook post shared by netizen Neil Edward D. Diaz, Aubrey’s last contribution was an art about depression. 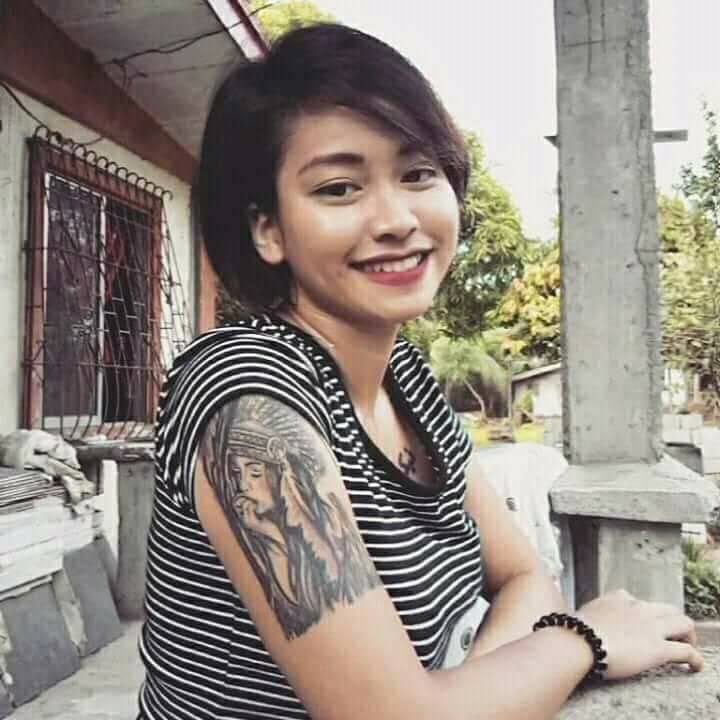 Depression (Major Depressive Disorder) is a serious mental illness characterized by feelings of sadness, loss of interest or pleasure in activities once enjoyed, feelings of worthlessness and/or guilt, changes in appetite, loss of energy or fatigue, and having thoughts about death or suicide.

Depression negatively affects how an individual feel, think and act. It can also affect an individual’s daily activities and is more than just simple sadness. In fact, millions of people worldwide suffer from depression and some also commits suicide. 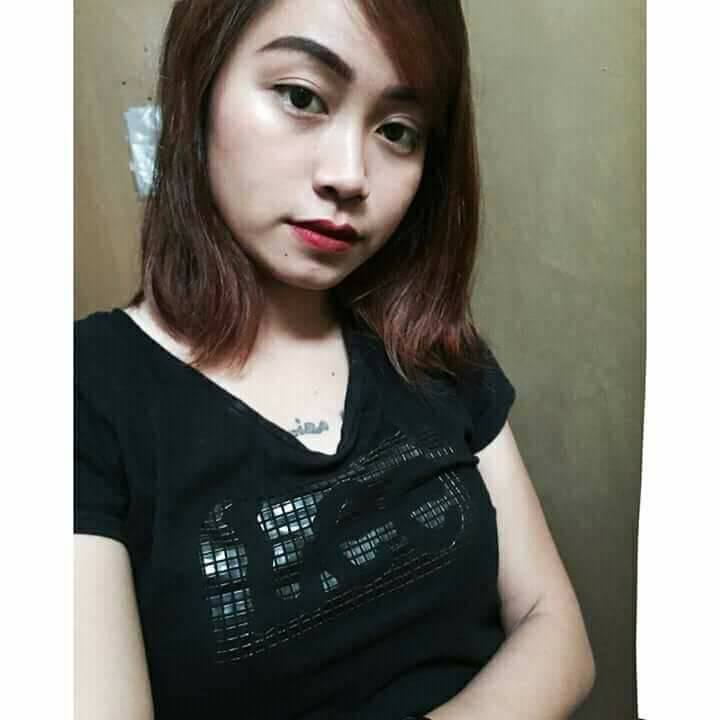 In a recent post by Facebook netizen, Neil Edward D. Diaz, “Guhit Pinas” artist, Aubrey So took her own life because of depression. It has been noted that Aubrey has been battling depression over the past few months and even contributed her latest artwork about depression before committing suicide. 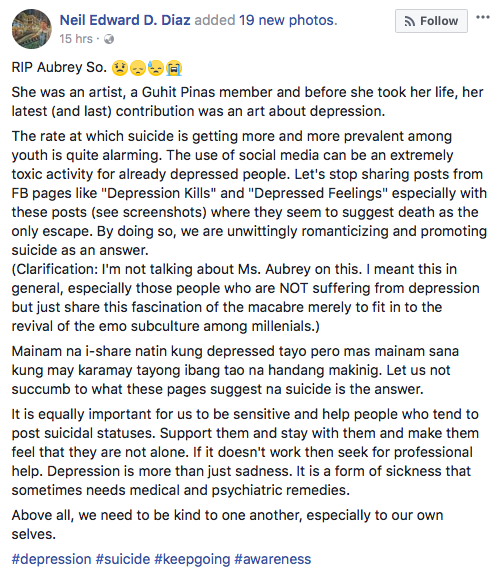 She was an artist, a Guhit Pinas member and before she took her life, her latest (and last) contribution was an art about depression.

The rate at which suicide is getting more and more prevalent among youth is quite alarming. The use of social media can be an extremely toxic activity for already depressed people. Let’s stop sharing posts from FB pages like “Depression Kills” and “Depressed Feelings” especially with these posts (see screenshots) where they seem to suggest death as the only escape. By doing so, we are unwittingly romanticizing and promoting suicide as an answer.

(Clarification: I’m not talking about Ms. Aubrey on this. I meant this in general, especially those people who are NOT suffering from depression but just share this fascination of the macabre merely to fit in to the revival of the emo subculture among millenials.)

It is equally important for us to be sensitive and help people who tend to post suicidal statuses. Support them and stay with them and make them feel that they are not alone. If it doesn’t work then seek for professional help. Depression is more than just sadness. It is a form of sickness that sometimes needs medical and psychiatric remedies.

Above all, we need to be kind to one another, especially to our own selves.” 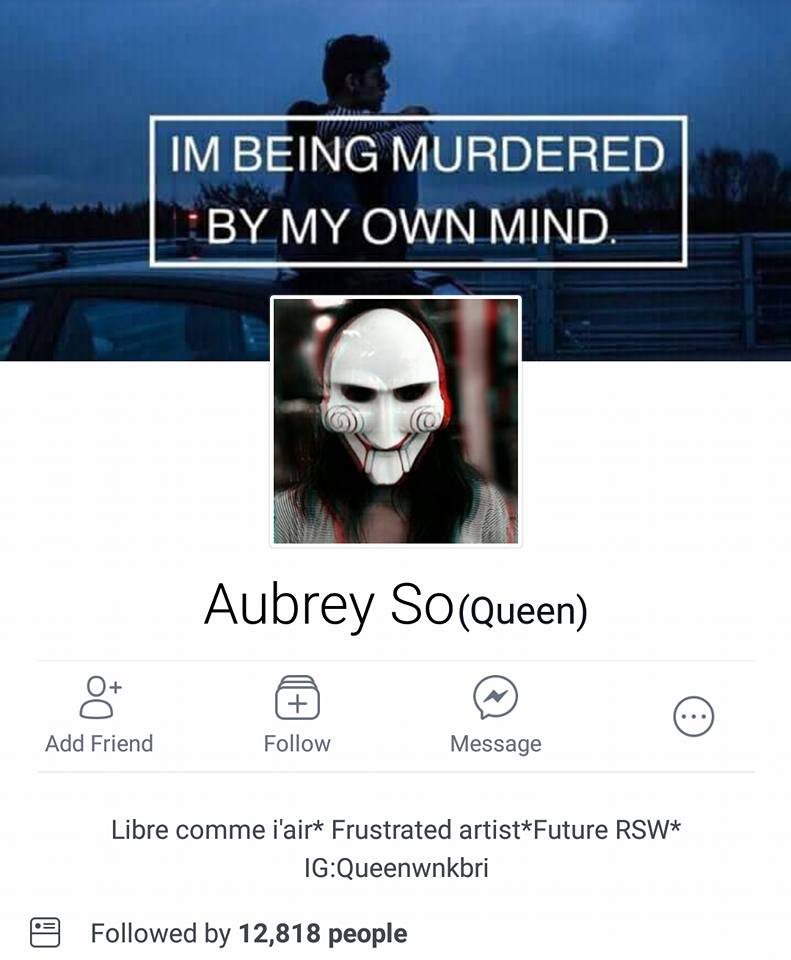 Below are pictures of what appeared to be Aubrey’s last social media posts before committing suicide: 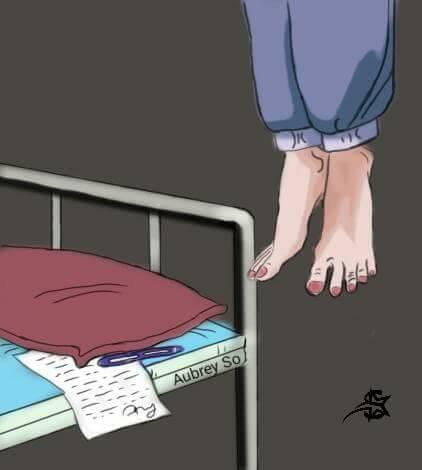 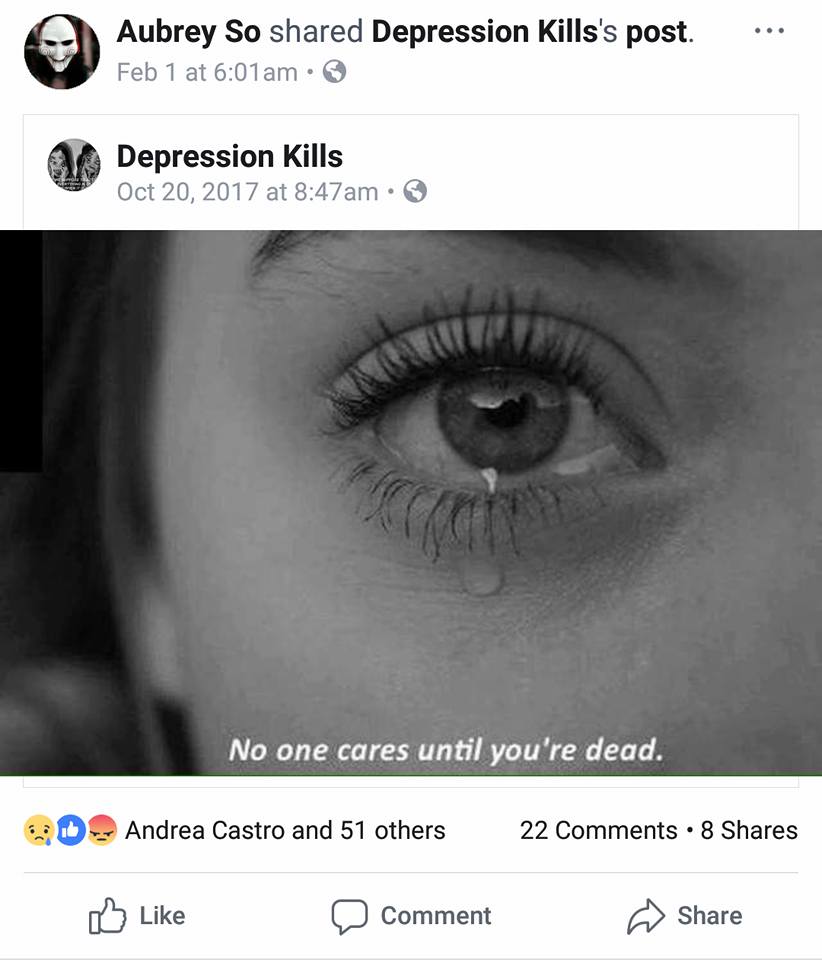 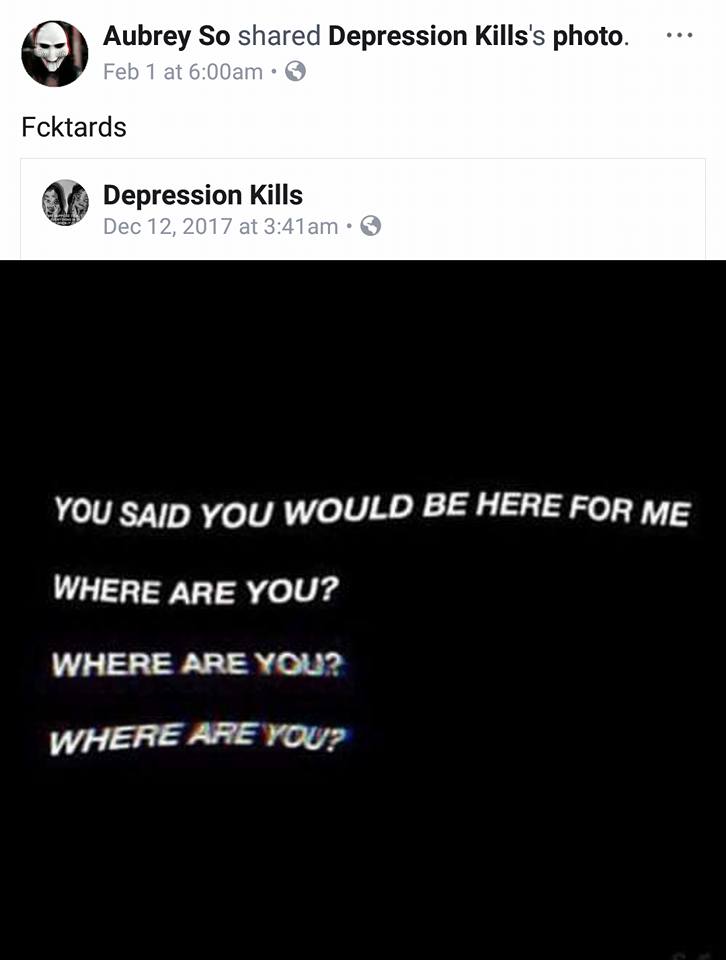 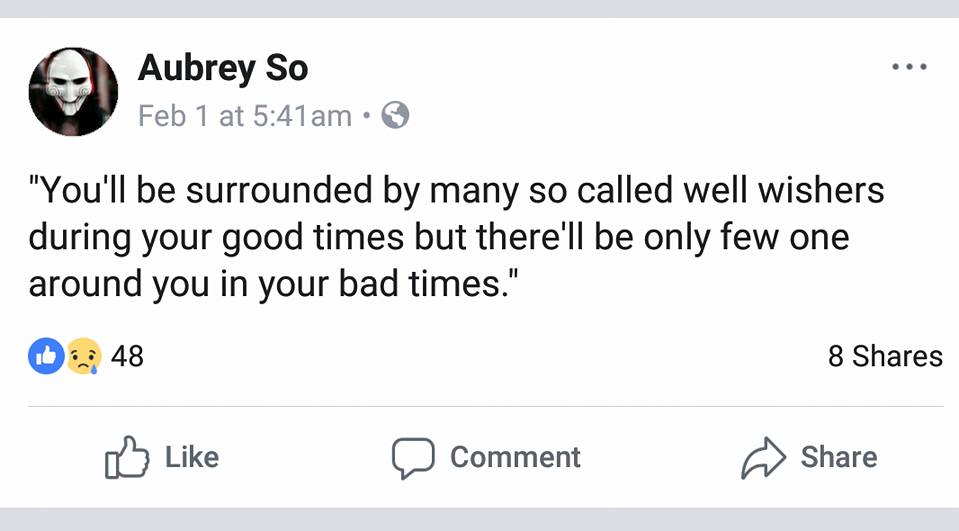 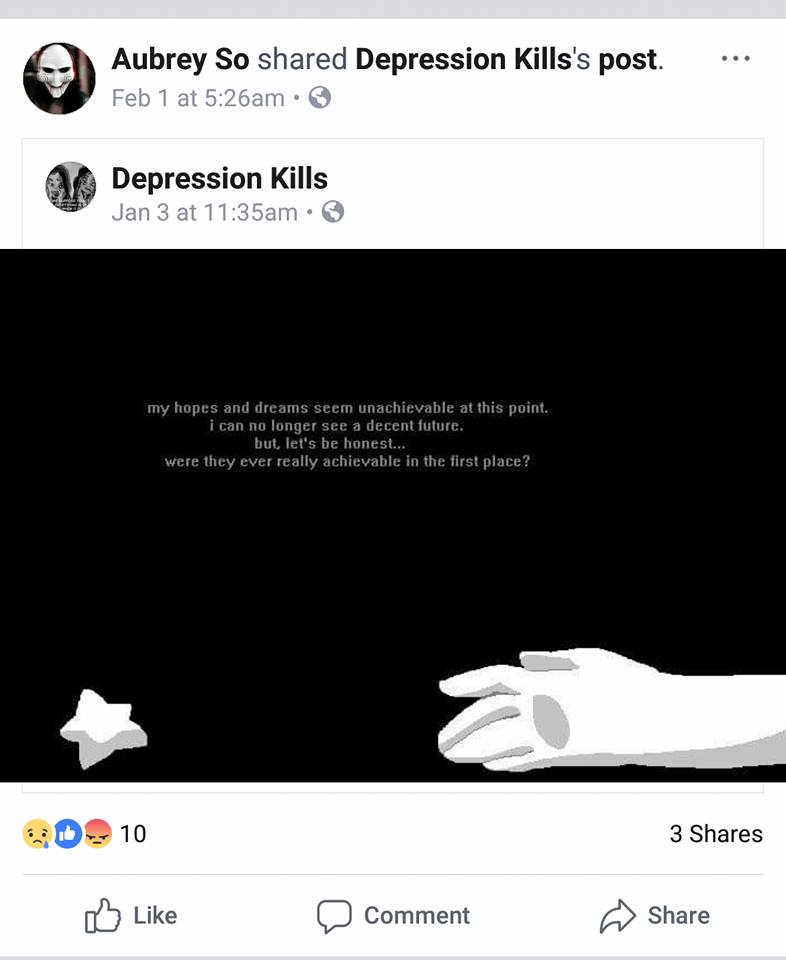 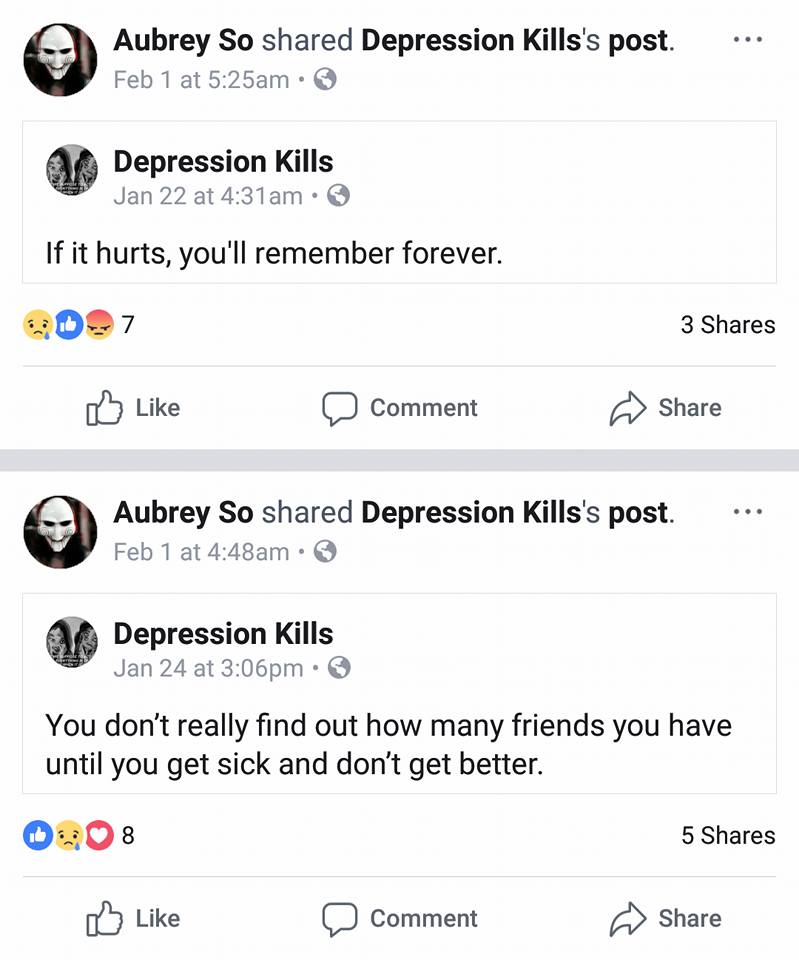 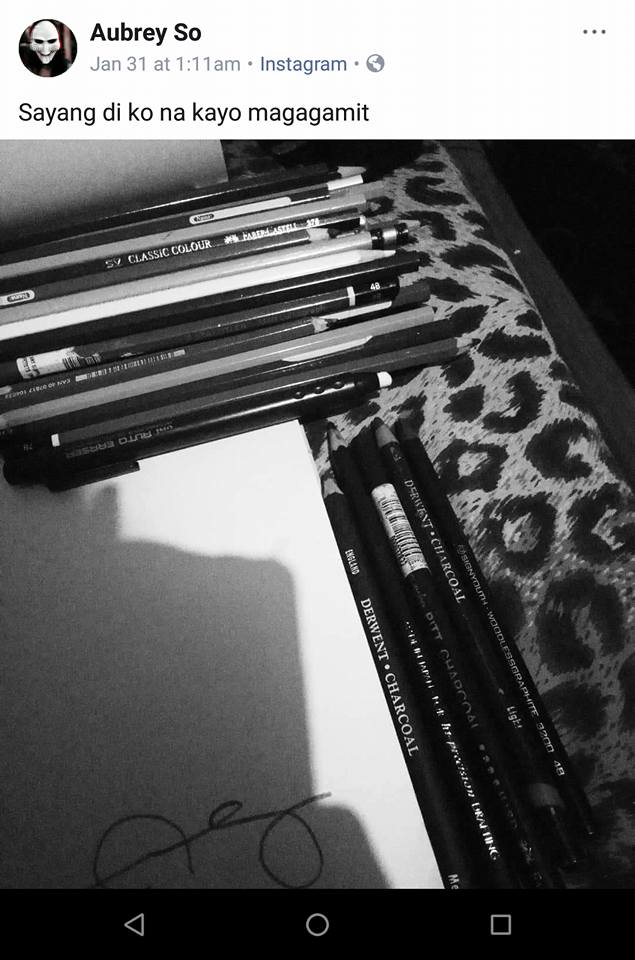 There is hope. Reach out and call HOPEline contact:

To those who are in crisis and in need of immediate assistance, please contact the 24/7 HOPELINE at:

Remember: You are not alone. Help is available. Do not be afraid to seek professional help. 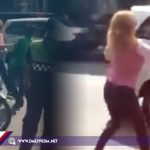 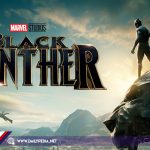