It is, indeed, the summer song of 2002 and did you know that “Asereje” by Las Ketchup is composed of meaningless chorus? That’s right. They’re just talking gibberish and we just found out about it NOW!

Thanks to Twitter use @Kueaff, the meaning of this one-hit wonder was revealed.

He said that the song started out talking about a guy named ‘Diego’ and the whole song is about him. One or two lines from the song translated “with the moon in his pupils, and leftover contraband on his blue suit,” meaning Diego was high on some drugs.

The next catchy lyrics was when ‘Diego’ went back the jam-packed club, but he did not care because dancing is his life. Moreover, he knew the DJ at the club and they made sure that the club plays his favorite songs at midnight.

And here’s the point where it all gets fishy. It was later found out that Diego’s favorite song was “Rapper’s Delight” by The Sugarhill Gang. Watch this short clip so you would know that the beat really sounded something.

is actually from the Sugarhill Gang’s classic hit. The actual lyrics are as follows.

I said a hip hop, the hippie to the hippie
The hip hip a hop, and you don’t stop, a rock it
To the bang bang boogie, say up jump the boogie
To the rhythm of the boogie, the beat.

Say this gibberish and you’d came up with Asereje either. Made sense? 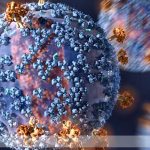 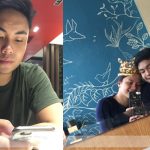