An Australian teenage boy was left with war-like injuries after soaking his legs in Brighton Beach in Melbourne.

The 16-year-old teen identified as Sam Kanizay  apparently decided to soak his legs in a bay located near his home following a tiring football game. About half an hour after standing in the cold water, Sam began feeling pins and needles in his legs.

Initially, he thought that it was just sand coated around his ankles causing the painful feeling. But after shaking it off, he discovered that his feet were covered in blood.

Sam managed to come home and show his injuries to his family.

Speaking to BBC, Sam’s father, Jarrod, described what he witnessed:

“It looked like a war injury… like a grenade attack. It was really bloody. We got him in the shower but as soon as we did that the blood kept re-appearing.”

“It wasn’t clotting at all. It just kept bleeding and bleeding,” Jarrod added.

Since two local hospitals weren’t able to identify the cause of the injuries, Jarrod decided to investigate what really happened in the beach.

Soon, Jarrod was able to collect thousands of mite-type bugs which he sent to experts.

“I collected these strange creatures from the same spot last night by trapping them in a net and standing in the water myself,” Jarrod said.

Marine biologists at Museums Victoria identified the strange sea creatures as a species of crustacean called the amphipod, or sea flea, which is mostly likely from the lysianassidae family. Apparently, the multiple pin-prick injuries were tiny bite marks by the said sea creature.

“It’s only when you get the potential for hundreds or thousands of them to start biting you, for a long period, that you get the type of injury that Sam had.”

Meanwhile, experts assured that Sam’s case was just an “unfortunate coincidence”. Marine biologist Dr Genefor Walker-Smith said the next victim is much more likely to suffer injuries on a smaller scale or just a minor irritation. 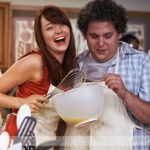 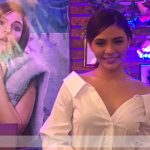