Have you been spending most of your free time binge-watching your favorite shows on Netflix?

While this seemingly harmless habit or addiction is becoming a popular means of fighting off stress these days, several studies have shown that binge watching can be really bad for our health.

Based on a 2015 study of researchers from the University of Texas, binge-watching has been associated with lack of self-control.

“Physical fatigue and problems such as obesity and other health problems are related to binge-watching and they are a cause for concern,” he added.

Meanwhile, a more recent study carried out by a PhD candidate at the University of Queensland claimed that the amount of time an older person spends on the couch each week could affect physical function in later years.

Reid believes that these results have the potential to worsen because streaming sites like Netflix and Stand weren’t existing when the data was gathered.

She explained: “There’s definitely evidence to say that we really do need to be reducing and interrupting how long we’re sitting. Even if you don’t change how much you’re sitting overall, doing it in smaller bouts will be better for you.” 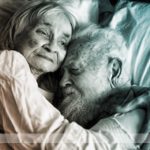 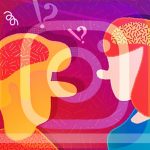