It may seem gross to imagine but a new study suggests being active between the sheets boosts the brain power of older people.

Based on the research carried out by scientists at the Coventry University and Oxford University, regularly having sex improves the vocabulary and visual awareness of people over 50.

To arrive at this conclusion, the researchers looked into 28 men and 45 women between the ages of 50 and 83. The subjects were asked to complete a questionnaire about their sexual activity during the past year.

Afterwards, they completed tests that measure brain function in older adults including a verbal fluency test and a visual awareness exam.

The key findings of the study showed that those who were more sexually active performed better in verbal fluency as well as visual awareness. However, they also emphasized that regularly getting intimate had no influence on memory or attention.

Although the researchers provided no explanation as to why regular sex boosts the brain power of older people, a previous study concluded that making love stimulates the development of neurons in the area of the brain associated with learning.

“People don’t like to think that older people have sex, but we need to challenge this conception at a societal level and look at what impact sexual activity can have on those aged 50 and over, beyond the known effects on sexual health and general wellbeing,” study author Dr Hayley Wright said. 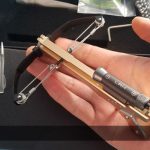 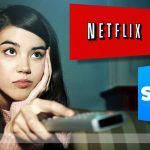