Sometimes, when a person loses a phone, the chances that they will get their phone back are usually low as there are a lot of crooks out there.

Despite of some dishonest citizens, there are still a lot of good Samaritans that are willing to do the good thing and return the lost item to its rightful owner.

One of the netizens who clearly got a good conscience is Alex Brutal Beckford.

His Facebook post went viral after he shared what he had done to the iPhone he found while he was on his way home.

“I found a iPhone tonight on my way home from work and me being a good person tried to call their mom using Siri but the phone died. So hour and a half later I’m at the bar and it crossed my mind to check the back of their phone case and I found this note….”

Beckford tried to call someone who is related to the owner, but failed after the phone died. He then decided to open the back cover of the phone to check if there’s any contact person he can reach out to.

However, upon checking the phone, he discovered a note – a suicide note to be exact.

“This is my suicide note. I’ve left it here because there’s no one for me to leave it for. So stranger, I’ve left it for you – at least this way somebody will read it. I’m closing the curtains at 11:55 pm tonight. Everything was beautiful and nothing hurt.”

Based on the note left by the owner, it appears that he is probably going through a hard time and resorts to suicide as the only option he can use.

Moreover, it is depressing to learn that he has no one he can turn to, or even leave his suicide note to.

In connection with this, Beckford left an update, “I found the owner with the help of his family everything is ok. I had no intentions for this post to blow up like it did. That being said if you’re feeling like committing Suicide please call this number 1-800-273-8255 it’s a 24 hour suicide prevention lifeline.”

The netizens who had read Beckford’s post were sad for the owner of the phone, knowing how tough it must be to be all alone.

Depression is not something people should disregard or ignore, for it is the toughest enemy someone will have to fight off. Some people are lucky enough to win over depression, but there are also a few unfortunate ones who weren’t been saved.

If you have a depressed member in your family, please have them checked and let them feel that someone cares for them. 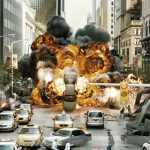 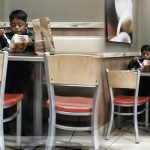