Uber is a car transportation company which allows passengers to hail a cab wherever they may be. One of the features they offer is the Uberpool, which is derived from carpooling that allows a driver to take more passengers at once.

Gee San Pedro shared on her Facebook account what had happened to her on the day when she decided to take the Uberpool to save a few amount.

However, when a female rider requested to join the ride, the driver immediately went to the passenger’s location to fetch her. While they were on their way, San Pedro shared how the woman got mad at the driver for coming to the wrong location, when in fact; she hadn’t clearly stated where she was exactly located.

After the woman hopped in the passenger seat, she began shouting and blaming the poor driver for their misunderstanding. The driver was trying to explain his side calmly to the woman, but her outburst just carried on.

San Pedro decided to interrupt her by defending the poor driver. She explained what the woman did wrong and why she shouldn’t blame the driver for her mistake. She also added that since she opted for an Uberpool, she should not make demands as it is considered a public transportation.

Still, the bad-mannered woman didn’t stop and even fought with San Pedro, while telling her to shut up.

The netizens were angered by the woman who they said couldn’t be more sympathetic to the driver’s situation. To add it up, they even said that the woman is probably uneducated because of her lack of manners.

Even up to this point, it is still unclear if the woman just had a bad day which led to going all out on the driver. Nevertheless, there is no valid reason to verbally abuse someone who is just doing his job. Despite the occupation or social status of a person, everyone should be respected and treated accordingly. 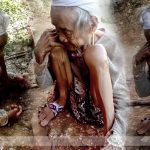 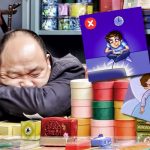