One of the most common sayings in the food industry is, “The customer is always right.” Even until today, the saying still applies to every business owner as nobody wants an unhappy customer walking out of the door.

However, when conflicts arise, some entrepreneurs seem to forget the abovementioned quote.

Harvest Gastro Pub is one of the most loved restaurants around Taguig.

Aside from the food, the loyal patrons also return because of the good service they provide. It had a lot of good reviews online, sharing what a good food the place would serve. But when the well-loved eating place had a new management, things suddenly went awry. The restaurant’s good reputation was extremely affected by a certain incident.

The restaurant owner refused to apologize to the customer and even resorted to calling her pathetic – which is how the war began.

Apparently, the owners failed to acknowledge the negative reviews as constructive criticisms to help them improve. Instead of saying they’ll do better, they lashed out their customers and even shamed a few by calling them names.

Harvest Gastro Pub’s official fanpage has been taken down to stop the hate from coming. However, the customers found another page which they bombarded with negative feedbacks. Here are the some of the latest reviews left by the dismayed customers in their Facebook page.

Some of them even said that history repeats itself as the owners had a restaurant in Cavite (Xyco’s Jungle Camp) before, which closed down due to the so-called haters, who are jealous of them.

The owner, Gabriel Dima, posted his statement in his Facebook account asking the public to hear out his side before making a conclusion.

And finally, he decided to refrain sharing his thoughts about the incident and asked to forget what happened instead.

This incident only goes to show that food itself is not the only factor that contributes to a successful restaurant. To be able to build a good reputation in the industry, a business should consider the location, the ambiance, the menu and its price, and the customer service as well.

At the end of the day, no business will succeed without the customers. 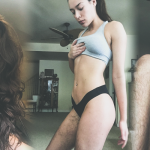 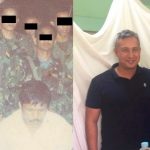