For a parent, there’s nothing more precious than to see your children show their love for each other.

“Kuya is here. Everything is okay,” were the comforting words of the 3-year-old William Blanksby to his little brother, Thomas. This precious moment was captured by their mother as Thomas put up a good fight against his dying condition because of cancer.

The innocent baby was diagnosed with terminal cancer during his 11th week. Originally, the Blanksby family is from Perth, Australia, but due to the diagnosis of their youngest son, they decided to travel. Traveling is the only way they can show Thomas the beauty that is the world.

It is said to be that the family was on a holiday vacation when the picture was taken, according to Sheryl Blanksby aka Ms. Chikee, who blogged the image.

According to her, she was in the bathroom when she realized that her children were quiet, an unusual moment. She sensed something fishy because she knows that kids don’t keep quiet with no reason.

Expecting that baby Thomas would be covered in something strange, her camera is already ready.

She was surprise when she saw the boys talking. In almost a whisper,  William told Thomas, “Kuya is here. Everything is okay.”

A beautiful moment indeed. Even though Thomas’ time with his family is about to end, it’s every parent’s dream to see their children love one another.

Life may be unfair, but life is also wonderful. 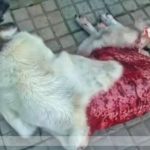 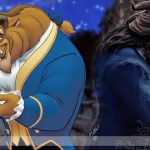