Believe it or not

The most awaited movie of 2017, Beauty And The Beast, is actually inspired by the AIDS Epidemic at the time it was made.

Composing the most memorable songs of the 1991 classic, lyricist Howard Ashman is behind the powerful messages of the movie. The movie is actually about acceptance that may have gone unnoticed most often, according to Ashman.

According to Bill Condon, director of the latest live-action franchise, the original animated movie was inspired by Ashman’s own battle with AIDS.

Beast Having A Storyline

He told Attitude magazine that the original plot revolved much more closely around Belle, the female protagonist of the story. But Ashman, who was just diagnosed with AIDS just before the production started, suggested that Beast needs more story.

“…for him, it was a metaphor. He was cursed and this curse had brought sorrow on all those people who loved him and maybe there was a chance for a miracle and a way for the curse to be lifted. It was a very concrete thing that he was doing,” Cordon said pertaining to the character of Beast.

Ashman did not just shape the movie’s romantic plot, but he is also the man behind the idea of it being a musical.

Heard In The Lyrics

His personal struggles as a gay man with AIDS can be heard in some of the songs’ lyrics. Take note that his battle against AIDS took place in the 90’s, a time of fear and prejudice for LGBT.

Ashman passed away on March 14, 1991. Just 4 days after the first screening of the movie. Even though he died, he still received 2 Grammy Awards. One of which was for his work on the song, Beauty and the Beast, the music in the ballroom scene.

Buy your tickets now and don’t miss the Tale As Old As Time. 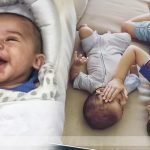 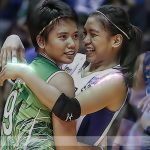