The legalization of same-sex marriages in the US has not only benefitted members of the LGBT community. In a new study published in the journal JAMA Pediatrics, a correlation between the rates of teenage suicides and prevalence of same sex marriage has been established.

Results of the study which covered 32 states that allowed same-sex marriage from 1999 to 2015 showed a decrease in the number of suicide attempts among high school students.

Researchers found that a 7% reduction or 134,446 fewer teenage suicide attempts was observed in 2016, a year after gay marriage was legalized all over the US. Meanwhile, the rate fell by 14% among students who identified as LGBT.

The study and other previous studies suggest that there is enough evidence that same-sex marriage has a positive impact on the mental health of LGBT individuals. As a result, it can also positively influence suicide rates.

Researchers revealed that further studies must be carried out as the study had some significant limitations. The research highly relied on self-reporting and didn’t consider socioeconomic factors as well as race.

Still, lead author Julia Raifman hopes that the study will pave the way for the public to understand the effect of policies involving LGBT rights.

“I hope that this study will inform policy makers and the public as other policies governing LGBT rights are considered,” Raifman said. 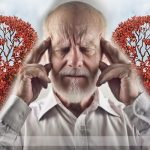 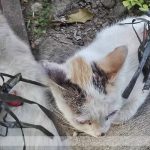