Albay Representative Joey Salceda has called on government agencies Department of Social Welfare and Development (DSWD), Movie and Television Review and Classification Board (MTRCB), and the National Commission on Indigenous People (NCIP) to look into what he says was an “incipient discrimination, sub-conscious racism and bullying” that happened inside the Pinoy Big Brother (PBB) house.

In a Facebook post, Salceda asked the agencies to look into an incident inside the PBB house involving the “Badjao Girl” Rita Gaviola who was teased by her fellow teen housemates.

In one episode of PBB, the housemates poked fun at Gaviola’s undergarment, causing the young girl to burst into tears.

Salceda said the three government agencies “should take immediate remedial action on PBB.” He added “PBB should have been structured to prevent its occurrence. Treatment of indigenous peoples is too delicate for a ‘role playing-cum-confession room’ context.”

DSWD, NCIP AND MTRCB SHOULD TAKE IMMEDIATE REMEDIAL ACTION ON PBB. I was preparing to support the Bicolana from Masbate…

“DSWD, NCIP, and MTRCB should take immediate remedial action on PBB. I was preparing to support the Bicolana from Masbate – Kisses – but now my heart breaks for Rita.

PBB must be unequivocal against incipient discrimination, subconscious racism and the bullying it engenders in any contour and complexion, only made grievous by its grand display to a national audience esp to its target segment – the youth whose moral judgment is just forming. It partakes of social discrimination to our indigenous peoples who have suffered enough and long enough from the oppression of our colonizers and from the neglect of the Christian majority. It touches a raw nerve in our national psyche and violates the conscience of a nation who has not addressed the historical injustices to our original inhabitants of these islands.

From the start, PBB should have been structured to prevent its occurrence. Treatment of indigenous peoples is too delicate for a “role playing-cum-confession room” context. It may address the direct participants but what about millions who watch the violation but failed for some reason to watch the episode of correction. And what about the violence is also imposed on the youthful violators who are unjustifiably exposed to ridicule. I call on the DSWD NCIP and MTRCB to take cognizance of this national embarrassment and take the appropriate measures including immediate custody of Rita (13), investigate the circumstances of the other girls and placing them under counseling and cultural sensitivity.

With respect to the program, surely laws (IPRA, VAWC and UN conventions) and regulations may have been transgressed and should be applied accordingly. Redlines of societal norms have surely been crossed. Henceforth, representatives of the DSWD and the MTRCB should be present during the entire season of PBB Teen from the very start (planning) or it should be abandoned entirely.”

Salceda is a known avid follower of the program. Last year, then Governor Salceda also lashed out against PBB when Bicolana Barbie Imperial was evicted from the Pinoy Big Brother house. 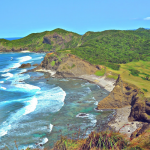 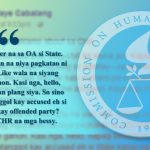