Madagascar, the large island nation in Africa, has long been known to have the largest concentration of unique mammals in the world. But a recently released study published by scientists from the Field Museum in Chicago has proven that the Philippines—particularly the island of Luzon—is actually the country that should hold that distinction.

The study was conducted over a span of 15 years and scientists were able to discover that 52 of the existing 56 species of mammals living on the island are actually endemic. This means that these 52 species can only be found in Luzon and not anywhere else—and the findings do not even include bats.

Based on this study, Luzon has the largest concentration of unique mammals in the world because “93% of its non-flying mammals found nowhere else on Earth.”

The findings were quite surprising to many, even to Filipinos. The scientists believe that because Luzon is a very large island and has “never been connected to the mainland,” the chances of various species crossing to other parts of the world were quite slim.

Even with the possible crossing over of mammals from different islands due to being swept away by water or to stronger mammals swimming to the islands, the resulting offspring could only help to add to the island’s diversity.

But while Luzon currently holds the distinction of having largest concentration of unique mammals in the world, this might not hold true in the years to come because of the destruction of these animals’ habitat through development, pollution, and over hunting by the humans as well as the introduction of species that could harm the balance of the ecosystem.

The study also recommends that conservation efforts be increased so as to prevent these unique species from going extinct. 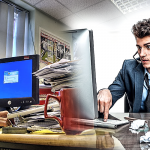 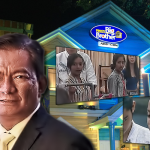