MANILA, Philippines. Olympic silver medalist Mansueto “Onyok” Velasco, Jr. on Monday, August 8, said he has not received the P2.5 million reward from the government after winning a silver medal in the boxing event of the 1996 Summer Olympics in Atlanta, Georgia.

(Because for others, it’s a contract, it’s not followed. That’s why some athletes are disheartened to do their best.)

National athletes like Velasco as well as coaches and trainers will receive cash grants and other benefits if they bring home an Olympic medal. Under Republic Act No. 9064, gold medalists are entitled to receive P5 million, P2.5 million for silver medalists and P1 million for bronze medalists in 1996.

However, it was reported in 2014 that Velasco had already received P750,000 one-time cash incentive as well as a P7,000 monthly pension.

Hidilyn Diaz, the Pinay weightlifter who recently bagged the silver medal at the 2016 Rio Olympics, is expected to receive P 5 million and other benefits under the Republic Act 10699 or the National Athletes and Coaches Benefits and Incentives Act of 2015. Senator Ralph Recto said the bill would still be implemented even if the Philippine Sports Communication (PSC) and other government bodies failed to draft the bill. 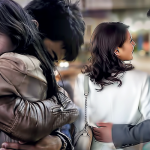 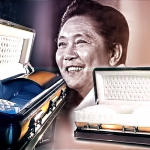